DUBAI — As a vicious civil war erupted in Yemen two years ago and triggered international alarm, the United States warned the combatants to step back. But its efforts were quietly undermined by one of the most trusted U.S. regional allies: the United Arab Emirates.

Hundreds of people had died in battles and airstrikes. But the UAE, part of a Saudi Arabia-led military coalition that is supported by the United States, encouraged its partners to resist then-Secretary of State John F. Kerry’s appeals for peace talks or a cease-fire.

“Yemenis should be firm, as the secretary is a persuasive speaker,” Mohammed bin Zayed al-Nahyan, a senior Emirati leader, told Yemen’s prime minister as Kerry headed to the region in May 2015. The Gulf Arab states also should “stand firm,” the prince said, according to a meeting summary that was part of leaked Emirati diplomatic emails shared with The Washington Post.

The meeting hinted at the UAE’s drive for influence across the Middle East, using military power, diplomacy and covert means to bolster allies and counter rivals. Its role in Yemen and other recent actions has caused friction with the United States, complicating their decades-long military relationship.

Already, the UAE’s rise as a top-tier U.S. military ally had set it apart from other Arab nations, enhancing its outsize ambitions and regional clout. Now, the two nations appear poised to expand their partnership even further under President Trump, as his administration’s “America First” doctrine translates into a more aggressive stance against Iran and an expanded campaign against al-Qaeda militants on the Arabian Peninsula.

Admiring U.S. generals, including Secretary of Defense Jim Mattis, refer to the UAE as “Little Sparta” and call it a model for how regional allies could reduce the counterterrorism burden on the United States.

But tensions in the alliance were brought to the fore last month when American intelligence officials said that the UAE had orchestrated the hacking of a Qatari government website — a move that inflamed a longtime rift between America’s Persian Gulf allies and thrust the White House into the uncomfortable role of mediator.

UAE and American interests have also diverged in Libya, where U.S. officials complained that the UAE was thwarting peace efforts. Yemen’s brutal conflict has exposed the United States to accusations of complicity in war crimes because of its support for the UAE and its gulf allies.

In 1981, just a decade after the UAE became independent, Mohammed bin Zayed al-Nahyan, who later would become the crown prince of Abu Dhabi, flew to Washington with grand ambitions of buying U.S. fighter jets that would bolster the military capabilities of the oil-rich monarchy and transform his country into a global power. Instead, he “felt that he was laughed out of town,” a former U.S. diplomat said. “No one knew about the UAE. Who was this kid?”

In the years that followed, the UAE began sending troops to Western-backed conflicts, including the 1991 Persian Gulf War, Somalia, the Balkans and Afghanistan. The kingdom is building out a series of bases in Africa that will give it even greater military reach.

The Emiratis have also embarked on an extended spending spree. In addition to obtaining F-16s, they were the first U.S. ally to acquire a THAAD, a sophisticated missile defense system. They are now hoping to buy F-35 Joint Strike Fighters, the Pentagon’s most advanced fighter aircraft, which cost $100 million apiece.

Andrew Exum, who served as the senior Pentagon official for Middle Eastern issues until this year, said sophisticated weaponry is not the UAE’s biggest military asset. “What distinguishes them is the diligence with which they have gone about investing in all of the unsexy things” needed to build a capable military, he said, including logistics and training.

Emirati officials say it was the perceived threat from Iran that jump-started their drive to build a modern military and test their forces beyond their borders. They also have seen the need to counter the Islamist Muslim Brotherhood and any political or armed groups they see as an extension of that movement.

“It really has to do with geography and the threats we grew up with from day one,” said Yousef al-Otaiba, the UAE’s ambassador to the United States and a central figure in the country’s successful U.S. lobbying efforts. Otaiba, a tireless promoter of the view that the UAE is a stabilizing force in the Middle East, has made inroads with key Trump administration officials, including Jared Kushner, the president’s son-in-law and adviser.

But the Emirati view of stability, its critics say, has included a troubling embrace of autocratic leaders who share its antipathy to Iran or Islamists and its intolerance of any political dissent.

Related: How a 91-year-old imam came to symbolize the feud between Qatar and its neighbors

That stance has created headaches for the United States, including in Libya. While Emirati pilots played a central role in the 2011 intervention that toppled Moammar Gaddafi, U.S. officials grew frustrated in the years that followed as the UAE, along with Egypt, quietly provided military and financial support to Gen. Khalifa Hifter, a powerful figure who led a violent campaign against Islamist forces, including militants. That support violated a United Nations arms embargo.

U.S. officials also saw Hifter as an obstacle to a political solution. The last straw was a major shipment from the UAE of armored and other vehicles to Hifter that drew a stern response from the administration of Barack Obama.

Within days of his May 2015 visit, Kerry was able to secure a pause in the fighting in Yemen. But like other cease-fires since, it crumbled after a few days.

More than two years later, thousands have been killed by coalition airstrikes, artillery shelling and gunfights. Millions of Yemenis are threatened by starvation and disease, including a cholera epidemic.

Talk of a political solution has grown faint.

The UAE joined the Saudi-led coalition after a Shiite rebel group known as the Houthis ousted Yemen’s government. The UAE, like its Saudi partners, viewed the Houthis as an Iranian proxy force — a characterization that American officials at the outset of the war said was exaggerated.

Some in the Obama administration also warned their gulf allies that the intervention was ill-conceived, according to Robert Malley, the former White House coordinator for the Middle East, North Africa and the gulf. Eager to smooth things over with gulf nations angered by Obama’s nuclear negotiations with Iran, administration officials decided to give the Saudi-led effort military support, but hoped to minimize U.S. involvement and accelerate a political settlement, he said.

“We feared that this was not a war that was destined to end quickly,” Malley said. “The region has had ample experience with nonstate actors like the Houthis — clearly inferior militarily, yet prepared to fight on and unwilling to give in.” The Saudi-led coalition risked getting “dragged in more and more, at great humanitarian cost,” he said.

Privately, Emirati officials seemed worried, too. With Western media coverage “primarily” focused on Yemen’s humanitarian crisis, the UAE was “losing the moral high ground fast,” Otaiba wrote to a colleague in July 2015, according to hacked emails distributed by a group apparently sympathetic to Qatar, the UAE’s rival.

The Trump administration, appearing to prioritize pushing back against Iran over reservations about the conflict, is now weighing deeper U.S. involvement.

The UAE has taken a leading role in combating al-Qaeda in the Arabian Peninsula (AQAP) in Yemen — a U.S. priority. In 2015, Emirati forces proved their ability to plan and execute a major operation, acting against U.S. warnings when they mounted an amphibious assault to capture the southern city of Aden from Houthi forces.

But the UAE’s stewardship of the south has been troubled.

A feud between UAE-backed southern separatists and the Yemeni government, which is based in Saudi Arabia, may complicate a settlement of the war. The UAE has also supported ultra­conservative Sunnis known as Salafists, undermining its talk of a “secular” region.

The Yemen operation has illustrated the risks to the United States in backing, even indirectly, operations by foreign forces.

Reports by the Associated Press and Human Rights Watch in June alleged that the UAE or forces loyal to it maintained a network of secret prisons in southern Yemen. Witnesses told the AP that in at least one of the facilities, where detainees were being tortured, U.S. forces were present.

Emirati officials denied they maintained secret detention centers or tortured prisoners. U.S. officials told the AP that military leaders looked into the allegations and were satisfied that U.S. forces were not present when any abuses occurred.

Ryan Goodman, a former Pentagon official who teaches law at New York University, co-authored a recent report that concluded that the United States, because of its support for UAE operations in Yemen, may hold legal responsibility for illegal detention practices.

“Is this really a productive way of achieving the long-term goal of combating AQAP or ensuring stability in Yemen?” Goodman wrote. 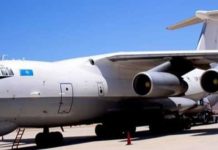 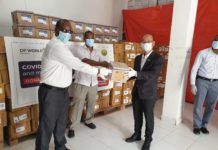