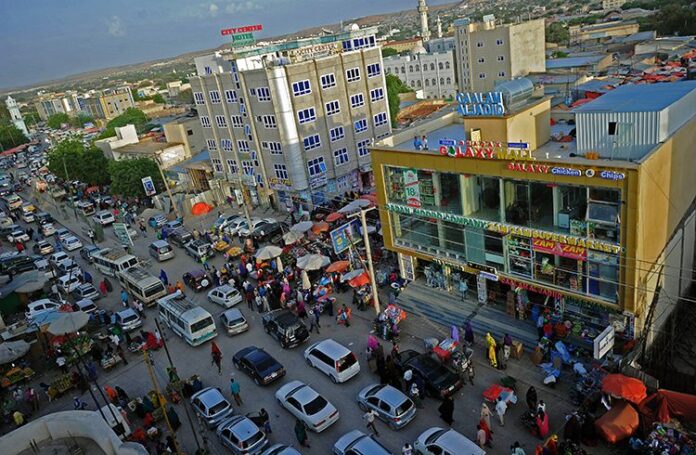 Hargeisa is the capital city of Somaliland and the most populous city across the country. The city lies between the strategic towns of Berbera port and the commercial border town of Wajaale which have made it to become the economic hub of Somaliland.

During the 31 years of union between Somaliland and Somalia, Hargeisa was the second capital of the Republic which was remained less importance for the government led by the southerners and that is way it has become poorly planned. In addition to that, the city was razed to ground by the civil wars it had undergone.

After Somaliland declared its independence from the rest of Somalia 1991, Hargeisa became country’s capital and has been reconstructed since then.

The city faced rapid and unprecedented levels of growth in the last ten years, in other words it is the country’s fastest growing city in Somaliland.

Since it is the engine of the country’s economy, a huge number of citizens came to benefit from the economic, educational and social opportunities that the capital creates. As a result of this, it has a larger population than the other states.

More than half of Somaliland population now lives in urban areas and the capital city alone has around 1.2 million people, due to these large residents the city encountered a number of ongoing challenges from different aspects such as shortage of water, dilapidated narrow roads, power outage, and inadequate infrastructure and so on.

Therefore, as long as the number of citizens is expected to grow in the upcoming years the government has to be ready for the anticipated growth and the municipality in particular should take into account planning for the city’s future by considering the current continuing expansion of the city.

According to my point of view, among problems faced by Hargiesa during such rapid growth are numerous but I would like to start by identifying some of the key problems:

The transport of the city need a large amount of space, to achieve this the government should try to manage the buildings along the roads by considering their demolishing if possible while relocating and rebuilding the same buildings in the centre of the city such as “laynka bilayska” and so on because doing so will basically reduce the density and double the speed of the transport otherwise the importation of the vehicles will go on and the city’s overall view will be damaged.

Although the people who run these small business kiosks are citizens yet it is better off to settle a plan that can combine a successful planned kiosks with a decent streets but if the local government turns a blind eye to these facts it is undeniable that it will be so difficult to alleviate this problem in the near future.

These above-mentioned hurdles together with others created negative image about the capital, so as long as city’s horizontal expansion is continue at a rapid pace, both central government and local government have to put forward a feasible plan to tackle these problems in order to get a well-managed city.

Abdihakim Mohamed holds B.Sc in Medical Laboratory from Central University in Addis Ababa Ethiopia, and he’s is currently a double Master candidate in public Health at Lincoln University, Malaysia and Master in Health Service Management at New Generation University, Hargeisa. he is a senior lecturer at different universities in Somaliland. he can be reached at Abdihakimoha@gmail.com