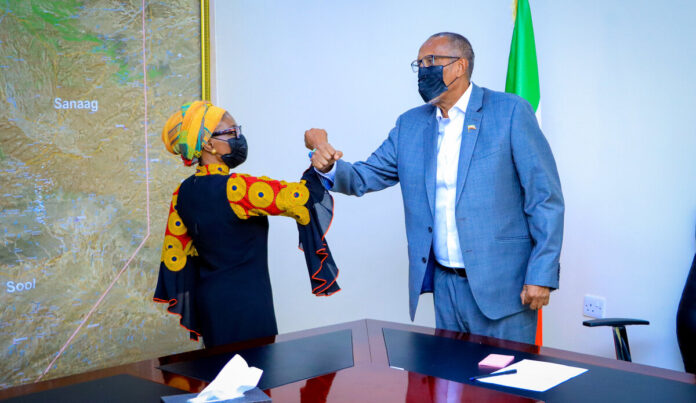 Hargeisa– Issues ranging from women’s participation in politics to the relationship between peace and development were among the topics covered by a senior United Nations official during a two-day introductory visit to Hargeisa, the capital of Somaliland, which ended today.

“The reason I came was to learn and understand what issues Somaliland believes are key to its and development and to see how we can continue supporting through our partnership as the United Nations. I met a cross-section of Somalilanders including civil society organisations, opposition parties and ministers, and I was privileged to meet President Muse Bihi. Our discussions were diverse in nature,” said the UN Secretary-General’s Deputy Special Representative for Somalia, Anita Kiki Gbeho, at the end of her visit.

“I discussed with the ministers the diversity of threats to development in Somaliland, including social inclusion, climate change, and youth unemployment,” she added. “The president himself emphasized that development was critical – critical to Somaliland’s progress.”

The UN official had last visited Hargeisa ten years ago, while serving in another capacity with the world body.

“We discussed climate change and the impact climate change has on conflict; and how this affects communities in very real terms. This may seem far removed from the high level discussions at COP26 next week, but competing pressure for declining amounts of water and grazing land brings the reality of climate change into the lives of people. We also discussed inclusion, and the importance of hearing the voices of women, youth, and marginalized groups in the political process,” Ms. Gbeho said.

The discussions with the ministers and the political parties included Somaliland’s recent parliamentary elections and how to strengthen the role of women in the future. While no women won a seat, the UN Deputy Special Representative heard messages on the importance of starting advocacy efforts now in preparation for the next elections. They asked for continued support from the United Nations in this regard. 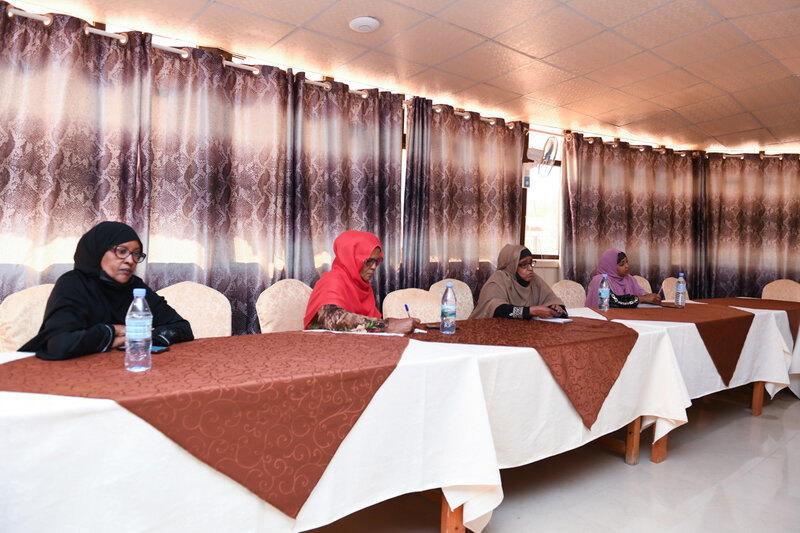 Minister Ali briefed on policies and other measures to ensure that women, children, youth and people with disabilities are better protected in different spheres of life. He also elaborated on  efforts to reform current labour laws including capacity-building for women in order to improve their employability.

Representatives of women organisations also emphasized the need for capacity-building support to women in preparation for the next parliamentary elections.

“They advocated with us as the United Nations to support efforts to ensure a quota for women when it comes to representation in parliament. We need to start the work now to ensure that women have the necessary skills to participate and compete effectively in political processes,” Ms. Gbeho said.