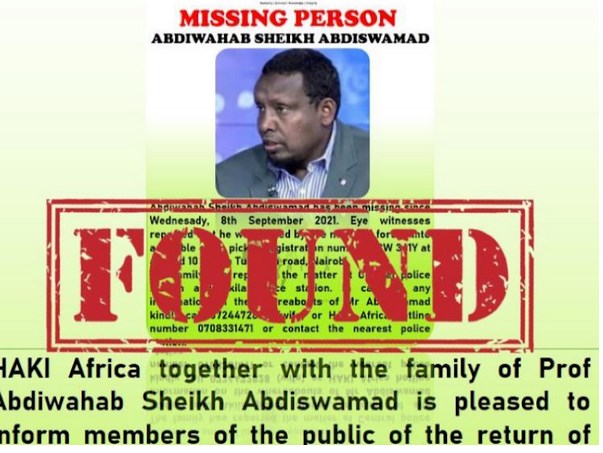 A Somali scholar who was abducted in the Kenyan capital two weeks ago has been released.

Abdiwahab Sheikh Abdiswamad’s family had said four men kidnapped him as he was walking on the streets of Nairobi.

Rights group Haki Africa had asked the police to produce him, saying it was their duty to resolve kidnappings.

It was unclear who was behind the abduction.

The rights organisation on Sunday night said Mr Abdiswamad had been reunited with his family and more information would be given;

The scholar and cleric might have rattled some people in his usual analysis about the Horn of Africa, his friends had told local media.