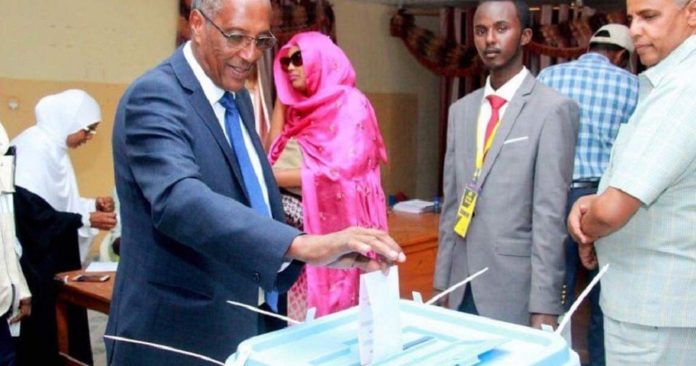 Unrecognized country for two decades in the Horn of Africa, the international donor helps to Somalia primarily focused on improving the security situation and the provision of humanitarian aid, the Self-declared Republic of Somaliland, though not Internationally recognized has gave the priority Peace building, Security and Internal capacity of Institutional building and Progress of Local business to economic growth and economic development.

The methodologies of collecting information was based sectorial analysis/qualitative of democracy and governance relationship subject to Somaliland governance Practice for the 2 past decades, in addition to this literature from the Somaliland Democratization Process and key Prior member of Past Government Attendees Oriented Clan Chartered (1991- 2001) and Institutional Building .

The contemporary world the institutional building and peace construction become the peak of third world (African Countries) from traditional administration to modern peace building and Institutionalized to governing bodies, Somaliland break away from the unification of great Somalia 1991[1], after resorted Independent from the rest of Somalia which was unified in 1960 after both countries independent from British Somaliland Protector and Italian colony respectively. Somaliland is a sovereign state situated in the Horn of Africa sharing its borders with Republic of Djibouti, Federal Republic of Ethiopia and Somalia to the east. It has an area of 137.600 square kilometers.

Somaliland built Peace and stability from the bottom to top which represented the hopes of Somaliland People after the traditional clan elders and SNM[2] (Somali National Movement)- Organized a grand conference in Burao (1991), for the Purpose of Peace and Establishment Of Government Function To Interim National Charter.

In 1993 Borama, The Interim National Charter (INC) approved at Borama reaffirmed Somaliland’s Sovereign State Independence, It was finalized the Principles and rules from the Burao Conference- The Conference (Borama Conference) was elected the second President of Somaliland Mohamed H. Ibrahim Egal.

Apart from the Traditional Clan Era of Elections, Somaliland has conducted 3 Presidential Elections (2003, 2010 and 2017), One Parliaments (September, 2005) and two Local Councils Election in (December 2002) and (November 2012) respectively elected representative from the Local constituency in district on each region’s district. 23 elected district in Somaliland while other district is not recognized as Local Elected Councilors, in a vice versa the Ministry of Interior and National Security nominated head mayors in this district. According to the modern governance and democratic principles only elections is not reflecting the governance system of the country but continue to maintain for solicited the importance of Human rights, Civil Service Functions and Institutional building to rule of Law

The theories and concept of modern Perspective of state building and governance, Somaliland adopted governance administration and democratic philosophy of nation building and country economy development into International standards of trade and globalization benefits from the distinct countries with the utilizations of resource and other relationship, though Somaliland is not yet recognized but has full factorized samples of recognition, Sovereign,  Population, Territory and Functioning Government.

The Article 1(one) of Somaliland constitutions reveals Somaliland independent existence as state of the world “The country which gained its independence from the United Kingdom of Great Britain and Northern Ireland on 26th June 1960 and was known as the Somaliland Protectorate and which joined Somalia on 1st July 1960 so as to form the Somali Republic and then regained its independence by the Declaration of the Conference of the Somaliland communities held in Burao between 27th April 1991 and 15th May 1991 shall hereby and in accordance with this Constitution become a sovereign and independent country known as “The Republic of Somaliland”.

The Somaliland constitution, mandated the existence of Somaliland, in context of country and its people there were a long setback caused by the destruction of infrastructural development and other facilities supported the life of the people, the government has recognized this gap and develop a framework for establish government Institutions as Ministries, Public Agencies, Police force, Courts for providing Public Service Provisions to the community, the government has building all fundamental Procures of governance as Legislative, Judiciary and Executive for the representation of the community,  while the government has done.

Vision 2030 aims to achieve economic prosperity and social wellbeing for the people of Somaliland building on the country’s success in establishing Peace, Stability, and Democratic Institutions.

The Government is determined to create an enabling environment where all people can feel that they have the opportunity to realize their potential and play a role in the nation building process.

Vision 2030 is based on an inclusive consultative process in which citizens, individually and collectively have contributed to. It is also based on sound analysis of the nation’s strengths and weaknesses, of the opportunities it has and the threats it faces. The vision that emerged is a true reflection of people’s aspirations and hopes. It defines the country’s future and provides commonly owned goals that the nation can rally around. (Source: Somaliland Vision: 2011).

Elections are one the key of democratic principle of governance and democracy Progress of the nations into Power Transfers and change among the structures of government activities into new pathway for improving community better life and development, Somaliland has conduct a consecutive democratic election since its Independent from the rest of Somalia. Somaliland want to hold the Second Elections Parliament apart from the Clan Selections Based Parliament, the Laws and regulations of upcoming  Parliamentarian and Local Councils Elections are under Constructions, Elections are the key success of Somaliland history of democratic process and the elections held In past years (Presidential Election, 2017, Current Somaliland President Mr. Muse Bihi Abdi) The basic Principles of Election for the House of Representatives and Local Council Elections are found in the Somaliland Constitution, approved in a referendum on 31 May 2001. The Somaliland Constitution states that all citizens have an equal right during the voting, freedoms and obligations before the Law.

Somaliland has long way to run in the future, it is important to have determine the future direction for doing