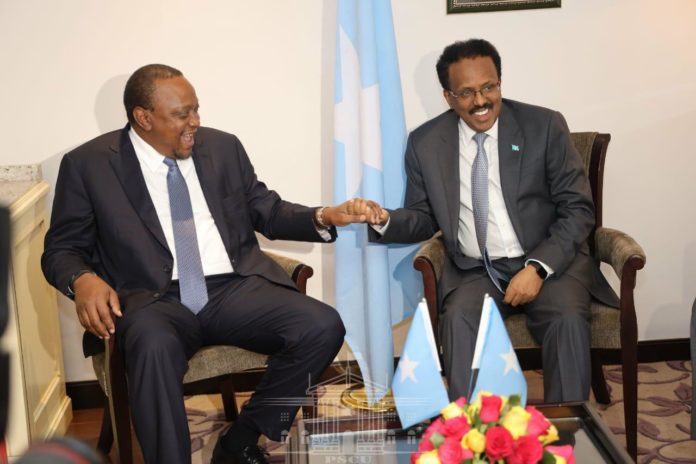 Horndiplomat-Somalia and Kenya to restore relations, amid a months-long diplomatic rift between the two countries over a maritime boundary dispute along the Indian Ocean.

According to Kenyan Foreign minister Amb. Monica Juma, The two leaders reaffirmed the invaluable relations between Kenya and Somalia as neighbours. The two principals agreed to bring normality to the bilateral relations and do everything to ensure peaceful relations including obtaining visas on arrival to encourage free movement of the people.

Meanwhile, President Farmajo expressed gratitude for the role of Kenya in AMISOM, hospitality to Somalis refugees, and expressed  that the ICJ issue will not affect bilateral ties.