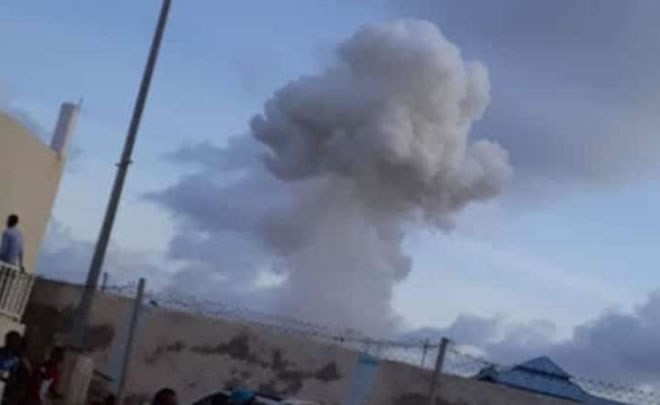 At least 10 people including a local journalist were reportedly killed and several others wounded in a suicide car bomb attack, targeting a busy hotel in Somalia’s southern port city of Kismayo on Friday evening, officials said.

The bombing was followed by a heavy gunfire.

Somali-based al-Qaeda affiliate al-Shabaab has claimed responsibility for the deadly attack in Kismayo, the capital city of Jubaland province.

Jubaland region State Security Official Gulled Adan told Anadolu Agency over phone from Kismayo that a suicide car bomb blast targeted the Cas-casey hotel in central Kismayo, which was followed by gunfire, killing at least 10 people and wounding several others.

”A suicide car targeted the Cas-casey hotel this evening. We do not know yet how money people have been killed as the attack is still going on. But I am told that 10 people including a journalist have lost lives,” Adan said.

Somalia’s Internal Security Ministry also confirmed the attack in a statement posted on Twitter. But it did not mention casualties by the attack.

A local journalist, a humanitarian worker, and businessman are among the killed, local media claimed.