Ethiopian Foreign Minister Dr. Workneh Gebeyehu and his UAE counterpart Abdullah bin Zayed Al Nahyan, signed two major MoUs on Mutual Exemption of Entry Visa Requirements for Holders of Diplomatic Passport and on the Establishment of a Joint Committee for consular affairs. The establishment of the Joint Committee would address specific issues and exigencies related to the movement of people between the two countries.

In a bid to facilitate various forms of economic and technical cooperation between Ethiopia and the UAE, as well as promote tourism, culture and knowledge development, the two countries have also signed MoU on Economic and Technical Cooperation, on Tourism and Cultural Cooperation.

After Coffee, in the presence of HH the Crown Prince & HE PM Dr Abiy, #UAE & #Ethiopia signed a treaty to waive visa requirement for diplomats from both counties, Concessional loan/ Finance, Investment & Tourism Promotion Agreements. This will further deepen the relationship. pic.twitter.com/J3THPeTrZj

Agreement between the National Bank of Ethiopia and Abu Dhabi Fund for Development has been also signed while MoU between the same parties signed to set the modality for facilitation of the prior Agreement.

These agreements and MoUs would be milestones towards further revitalizing the growing ties between the two countries, it was noted.

Prior to the signing ceremony Prime Minister Abiy Ahmed and Crown Prince Sheikh Mohammed Bin Zayed Al Nahyan held talks on issues ranging from business, economy and people to people ties to issues of regional peace and security. The Crown Prince reciprocated the visit by Premier Abiy on May 19, 2018.
ETHIOPIAN FOREIGN MINISTRY 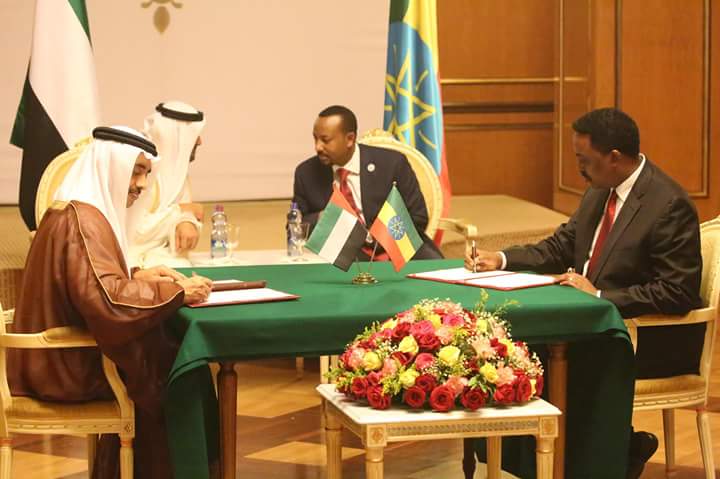 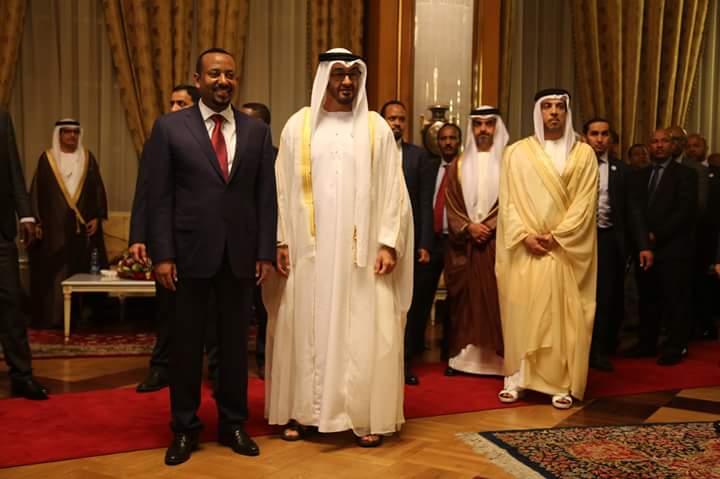 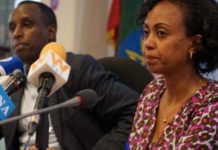