More Republicans now think Democrat Hillary Clinton, rather than Donald Trump, will win the presidency, as their party’s candidate struggles with difficulties including allegations of sexual misconduct and his suggestion he may not honor the outcome of the election.

A Reuters/Ipsos poll released on Wednesday and conducted from Oct. 20 to Oct. 24 found that 41 percent of Republicans expected Clinton to win the Nov. 8 election, versus 40 percent who picked Trump.

That reflected a sharp decline in confidence from last month, when 58 percent of Republicans said they thought their party’s nominee would win, versus 23 percent who expected Clinton to prevail.

Among Trump’s supporters, 49 percent in the latest poll said they believed Trump would win, down from 67 percent who felt that way at the beginning of the month.

“There’s still hope, I guess. I just don’t have a great deal of faith in a good portion of the American public,” said Bert Horsley, 38, of Belgrade, Montana, who said he planned to vote for Trump even though he believed Clinton would win.

Horsley said he felt the country was leaning increasingly socialist and that voters were more inclined to focus on Trump’s problems than on issues facing Clinton, including allegations she mishandled classified emails while secretary of state.

“The nation’s willing to overlook certain things in some people and not in others,” he said. 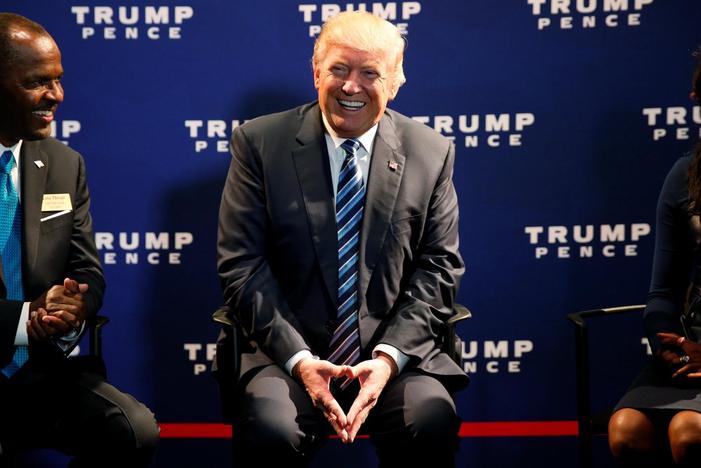 Despite the growing pessimism, Trump, who trails Clinton in national opinion polls, still enjoys overwhelming support from members of his party. Some 79 percent of likely Republican voters said they would vote for him. Many said their support was rooted in an expectation he would promote a conservative agenda in Congress and appoint conservative justices to the Supreme Court.

Democrats appear to be strongly anticipating a Clinton presidency. Some 83 percent of Democrats said in the poll they thought she would win, while only 8 percent predicted Trump would become president. Among Clinton’s supporters, 92 percent expected her to win, up from 83 percent a month earlier.

Clinton held a commanding lead in the race to win the Electoral College and claim the presidency, according to results from the Reuters/Ipsos States of the Nation project released on Saturday.

Trump, a businessman and former reality television star, has alarmed mainstream Republicans throughout his campaign by routinely bashing the political establishment and making a series of provocative statements.

He aroused criticism for belittling the parents of a U.S. soldier killed in the Iraq war, calling for a ban on admitting Muslims to the country and accusing a judge of bias because of his Hispanic heritage. He has also asserted, without showing evidence, that the U.S. electoral system is rigged.

But Republicans remained mostly confident in their candidate’s chances until this month, when a videotape from 2005 was released in which Trump could be heard bragging in vulgar terms about kissing and groping women.

At least 10 women have since accused Trump of making unwanted sexual advances, including groping or kissing, from the early 1980s to 2007, according to reports in various news outlets. Trump has denied the women’s allegations, calling them “totally and absolutely false” and has promised to sue the women after the election.

Trump has also deepened divisions within his party by refusing to promise to accept the outcome of the election. “I will keep you in suspense,” he said when asked about the issue during an Oct. 19 debate with Clinton. 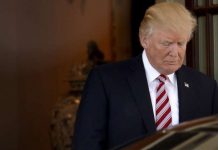 Analysis:Why Trump should be very afraid of James Comey’s memos

Kenya may have to study Somalia’s new president more