A new international report led by the Third Generation Project at the University of St Andrews reveals the devastating impact of the Covid-19 pandemic on internally displaced persons in Somaliland.

Working in partnership with SOM-ACT and Transparency Solutions, the new ground-breaking report, led by the Third Generation Project (TGP), an international think tank that uses education and research to enable social change for climate justice, assesses the impact that the pandemic had on those at the internally displaced persons (IDP) camp in Digaale, Somaliland. The report focusses on the initial stages of the pandemic (January-September 2020), highlighting how marginalised communities are liable to be neglected in times of crisis.

Like many countries around the world, the pandemic caught the Somaliland government and international humanitarian organisations unprepared. Oxfam and SOS Children’s Village International, which already have a significant presence at the Digaale IDP camp, saw a variety of factors impede their response to the pandemic. This included a lack of local Somalilanders in senior positions which left workers without on-the-ground leadership when many senior staff returned to their countries of origin at the outbreak of the pandemic.

Focussing on the Digaale IDP camp in Somaliland, the report uses surveys and key informant interviews to detail and analyse the responses of key stakeholders in Somaliland during the early stages of the pandemic – government and international humanitarian organisations as well as the critical role played by local civil society organisations.

The report reveals that during the first six months of the pandemic, three quarters of Digaale IDP camp residents experienced daily challenges in accessing food, combined with, and exacerbated by, decreased levels of income. Around half of those surveyed reported insufficient water for basic sanitation and over a quarter had experienced intimate partner violence (emotional and/or physical) as well as a shortage of medical supplies at health centres. None of the children attended school during this period and digital learning was not available to most.

Despite an initial positive response, the report highlights how marginalised communities are liable to be neglected in times of crisis, despite their heightened vulnerability, and how local organisations can be key to preventing worsening outcomes.

Report co-author Bennett Collins from the Third Generation Project at St Andrews said: “Charities and non-governmental organisations saw an exodus of international staff at the outset of the pandemic which only underlines how vital it is that local people staff their own country offices. It is clearly an inefficient and harmful system if international humanitarian NGOs cannot fulfil their mandates during a crisis.”

Abdikarim S Hersi from Transparency Solutions, a Somali-led development organisation, added: “The pandemic revealed the limited capacity from the mandated Somaliland government institutions for preparedness, response to and management of the pandemic as well as the well-being of IDPs in the time of crisis. We can see that the coordinated response from civil society organisations, international non-governmental organisations, and the Somaliland government was crucial and much needed in delivering key services to the IDP’s and other economically and socially disenfranchised citizens.”

Yahye Xanas, Executive Director of SOM-ACT, a collective of Somalilander human rights journalists, commented: “The data presented in our report is truly shocking. We call on the Somaliland government to review their own policies toward internally displaced persons (IDP) camps, and to actively include IDPs in the National Development Programme, and for INGOs and CSOs to better coordinate a humanitarian response in IDP camps across Somaliland.” 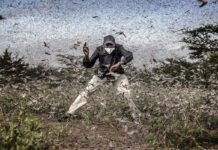