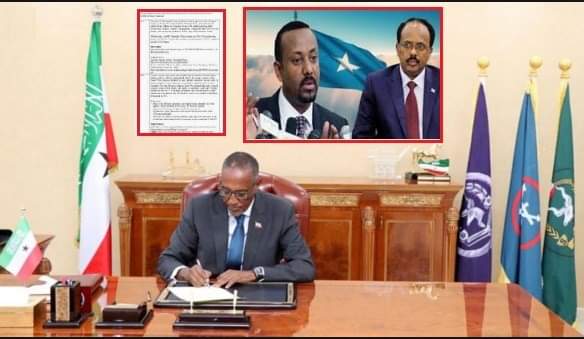 On 15 February,  Unconfirmed source indicates a proposed visit to Hargeisa by Ethiopian PM Abiy Ahmed and Somalia President Mohamed Abdilahi Farmaajo on the initiative of the PM.

Somaliland’s chairman of House of Elders Suleiman Mohamoud Aden as saying PM Abiy Ahmed was “pushing for a joint visit to Hargeisa by him and Somalia President Mohamed Abdullahi Farmajo.”