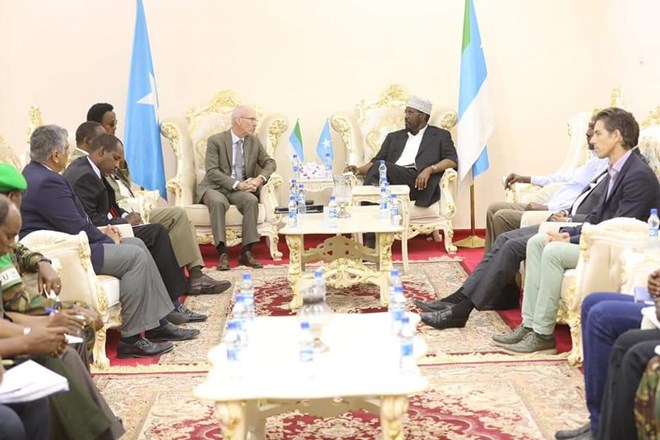 The African Union and UN have called for peaceful and credible elections in Jubaland, southern Somalia, saying the polls slated for Aug. 24 are critical for the country’s stability.

Senior representatives from African Union, the Intergovernmental Authority on Development and the UN reiterated the need for a single, agreed electoral process which is according to the Jubaland Constitution and consistent with the federal Provisional Constitution.

“They urged all parties to refrain from any acts of violence or intimidation,” said the envoys in a joint statement issued on Thursday evening after visiting the port town of Kismayo, the interim capital of Jubaland administration.

The delegation traveled to Kismayo to engage with stakeholders on Jubaland’s ongoing electoral process, which is expected to culminate in the election by the State Assembly of the State President.

The delegation urged all stakeholders to address disagreements through dialogue and ensure public confidence in a process that would be accepted as credible and fair.

According to the schedule, after the conclusion of the selection process of the lawmakers, the State Assembly will cast votes for the state president.

The incumbent president, Ahmed Madobe, is seeking to retain his seat but faces stiff competition from six other candidates, some of whom are backed by the national government.