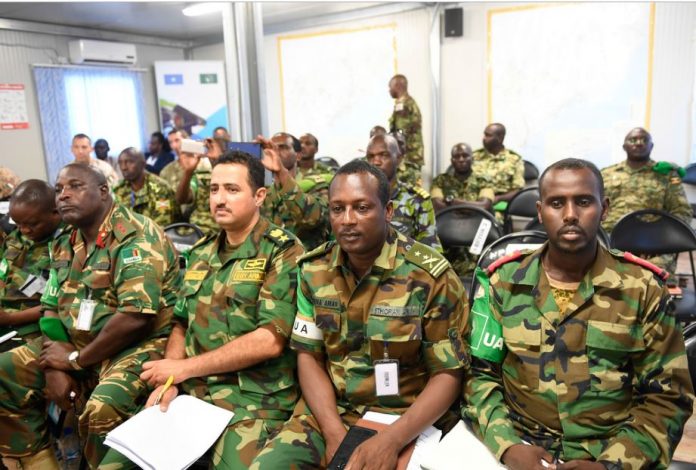 Mogadishu, 16 February 2019 – Top military commanders of the African Union Mission in Somalia (AMISOM) have agreed on key operations and activities to be executed under the Mission’s new Concept of Operations (CONOPS), approved late last year by the Military Operations Coordination Committee (MOCC).

The MOCC comprises of Chiefs of Defence Staff and designated representatives of Troop and Police Contributing Countries, the Federal Government of Somalia, the UN, development partners, and the AU Peace and Security Council.

Military activities which include targeted operations against Al-Shabaab, to flush them out of their hideouts, will be implemented in phases.

“The activities will consist of comprehensive operations in support of the Somalia Transition Plan and will include stability operations targeting Al-Shabaab hideouts and enhancing protection of population centres,” Simon Mulongo, the Deputy Special Representative of the Chairperson of the African Union Commission (DSRCC) for Somalia explained, at the end of the five-day meeting of the military commanders.

The meeting, which ended yesterday, was also attended by representatives of the Somali National Security Forces and other stakeholders.

The Somalia Transition Plan will be implemented in three phases. Activities to be undertaken under the plan, includes the phased and conditions-based troops’ withdrawal and handing over of priority locations in Mogadishu to the Somali Security Forces, in the short term; degrading of Al-Shabaab and securing Main Supply Routes in the medium term; and support to the Somali National Security Forces as they take full charge of the country’s national security responsibilities, in the long term.

“This CONOPS is going to be achievable because I see a lot of clarity in our thoughts and the way we have tried to explain it in the plan,” Mr. Mulongo said while urging the military commanders to work closely with their Somali counterparts to ensure its successful implementation.

The commanders who are leading contingents from Troop Contributing Countries to AMISOM also agreed to reconfigure some of the Forward Operating Bases (FOBs), to ensure the protection of population centres. AMISOM is committed to safeguarding the gains made in securing the country, despite the planned cutbacks in troops.

Lt. Gen. Tigabu Yilma Wondimhunegn, the AMISOM Force Commander called for greater involvement of Somalis in finding a lasting solution to the problems facing the country.

“We should also work on getting the Somalis involved in these operations to enable us to succeed in our plans,” Lt. Gen. Tigabu stated.

Major General Charles Tai Gituai, AMISOM Deputy Force Commander-in-Charge of Operations and Plans, underscored the importance of teamwork amongst the military commanders, in the successful implementation of the CONOPS. 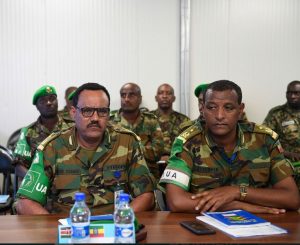 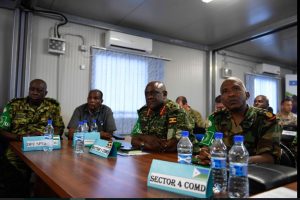 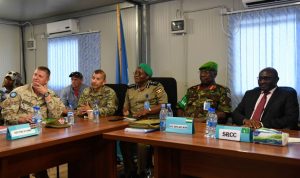 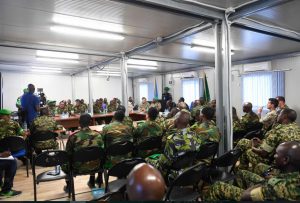 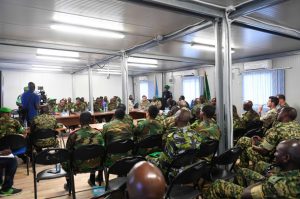 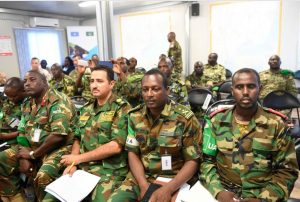 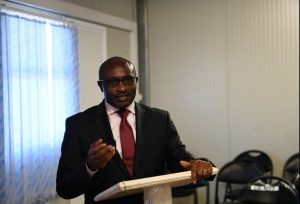