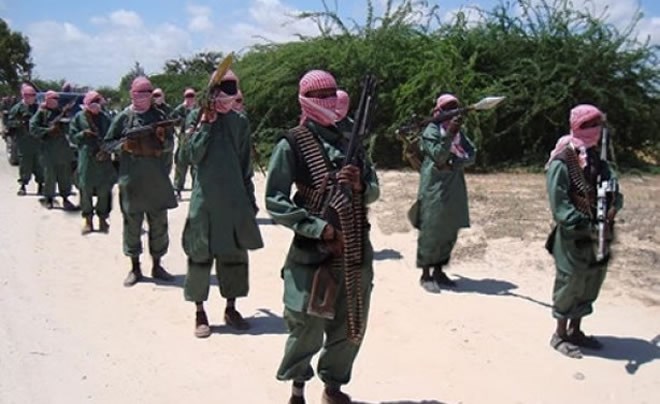 Al-shabaab executed three Somali men in Mubaarak, a district in Lower Shabelle yesterday afternoon, reports Warqaad, a Somali website. Al-shabaab accused two of the men of being Federal Government soldiers; the third man, Al-shabaab said, was one of elders who had selected MPs and Senators for 2017 enhanced elections in Mogadishu.
It is not clear why Al-shabaab executed the elder after extending amnesty to elders who apologised for their involvement in the selection of MPs and Senators.
The extremist group is coming under sustained pressure from Somali Army and its foreign allies. Drone attacks on Al-shabaab  bases in Lower Shabelle might have forced the group to resort to executions. Ballidoogle Somali Commandos Base is not too far from where Al-shabaab executed the three men by firing squad.
More drone attacks on the group hideouts are believed to have caused Al-shabaab to retreat from Haradheere district in Mudug. Al-shabaab calls Somali Federal Government troops apostates.