Home Africa Vote Counting Under Way in Somaliland Presidential Election
Share on Facebook
Tweet on Twitter
By: Harun Maruf
WASHINGTON/HARGEISA — Vote counting is underway in Somaliland after the breakaway republic held its presidential election.Three candidates are competing to replace President Ahmed Mohamed Mohamoud, who opted not to seek re-election.

The three candidates, Muse Bihi Abdi of the ruling Kulmiye party, Faysal Ali Warabe of UCID and Abdirahman Mohamed Abdullahi of the Waddani party, cast their votes Monday in Hargeisa, the capital.

Somaliland’s electoral commission said voting was peaceful in all of the republic’s six regions. It said it recorded an incident in Togdher region where at least one person was injured after a soldier’s gun accidentally discharged.

Of the more than 1,600 polling stations, only a few had people in line when voting ended at 6 p.m. Electoral officials closed the stations, but allowed those in line to cast their ballots.

Final results are not expected for several days. Under the vote-counting system, polling stations send their results to regional offices, who will pass them on to the electoral commission.

Voting was watched by a total of 60 election observers from 27 countries whose salaries were paid by Britain.

The observers said they heard reports of some problems, but not many.

“I’m referring to isolated instances, with one of the more serious being in Hargeisa where a polling station was closed down because of a disturbance. That prevented or delayed the closing of the polling station and the count. We’re not sure of details yet,” said the observer, speaking on condition of anonymity.

“There were also some complaints from parties of voters being prevented from voting, though again, we didn’t hear of anything that seemed systematic or widespread.”

More than 700,000 people were expected to vote. Turnout was thought to be high, but the commission says it was too early to give figures.

Somaliland, a former British colony, broke away from the rest of Somalia in 1991. The territory has run its own affairs since, but has never been recognized as an independent country.

Ismail Mohamed and Sagal Mustafe, in Hargeisa, contributed to this report. 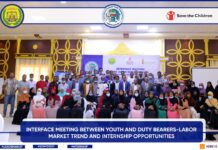 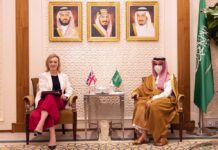