JERUSALEM — President Trump on Tuesday condemned the concert bombing in Manchester, England, as a “very horrible morning of death,” and called on nations around the world to join together to act against those who commit acts of terror.

“The terrorists and extremists and those who give them aid and comfort must be driven out from our society forever,” Mr. Trump said after a meeting with Mahmoud Abbas, the president of the Palestinian Authority. “This wicked ideology must be obliterated, and I mean completely obliterated,” Mr. Trump added.

Mr. Trump said that he would not call people like the assailant “monsters” because they would “think that’s a great name.” Instead, he said that people who conducted attacks like the one at the concert should be called “losers.”

“I will call them from now on losers, because that’s what they are,” Mr. Trump said. “They’re losers. And we’ll have more of them. But they’re losers. Just remember that.”

Speaking in Bethlehem, in the West Bank, while on his first foreign trip as president, Mr. Trump pledged “absolute solidarity” with Britain and said the bombing underscored the message that he had delivered over the past several days about the need to confront the threat of terrorism.

“This is what I’ve spent these last few days talking about in our trip overseas,” Mr. Trump said. “Our society can have no tolerance for this continuation of bloodshed. We cannot stand a moment longer for the slaughter of innocent people, and in today’s attack it was mostly innocent children.”

Mr. Trump will head to Europe for the second half of his trip, and he had been planning to focus on a meeting with the pope and on issues including trade, Afghanistan, the Syrian civil war and the future of NATO.

Now, his interactions with European leaders are almost certain to be dominated by an urgent discussion about the Manchester attack and the world’s response to extremism.

British officials have said they are treating the Manchester bombing as a terrorist attack, carried out by a man who used “an improvised explosive device” and who was killed in the blast. But they have not identified the bomber or said if an extremist group had claimed responsibility.

While visiting Saudi Arabia over the weekend, Mr. Trump urged the leaders of more than 50 Arab and predominantly Muslim nations to take responsibility for purging their lands of “Islamic extremism” and of those who would kill in the name of religion.

Terrorist attacks and other crises often interrupt presidents when they are abroad, throwing their highly choreographed schedules into flux and forcing them to deal with rapidly changing events.

In November 2015, while on a trip to Asia, former President Barack Obama had to deal with the aftermath of the terrorist attacks in Paris, including Republican demands to respond by restricting the entry of Syrian refugees.

The following March, Mr. Obama was in Havana when bombs ripped through Brussels Airport and a subway station in the city, shifting attention away from his historic visit to the island and toward a renewed discussion about terrorism.

A similar shift is likely for Mr. Trump, who nonetheless continued on Tuesday to press ahead with his agenda, meeting in Bethlehem with Mr. Abbas. 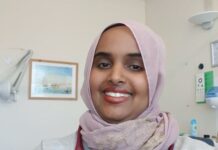 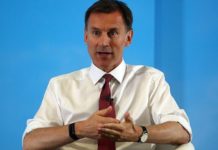 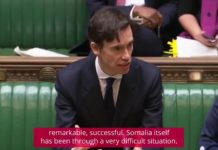