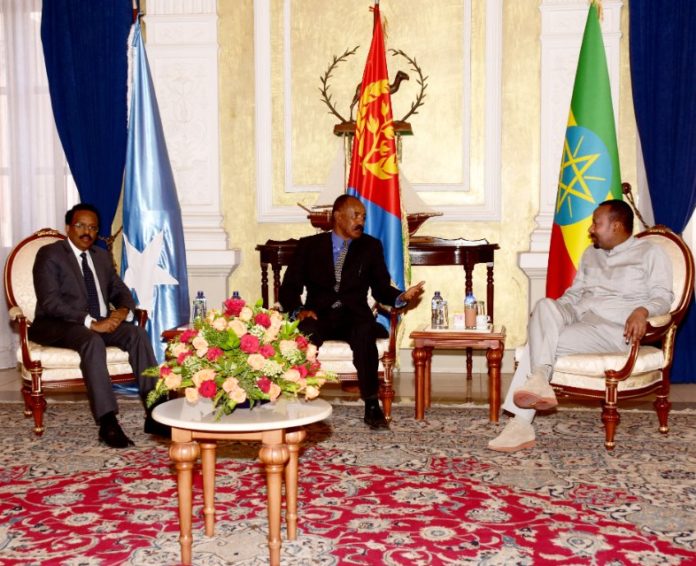 The Heads of State and Government of Eritrea, Ethiopia and Somalia met in Asmara, on 27 January 2020.

The three leaders held candid and extensive discussions on the situations in their respective countries, their tripartite cooperation and developments in the Horn of Africa region.

The three leaders reaffirmed their commitment to the Tripartite Agreement they signed in September 2018 and reviewed the outcomes of their considerable joint efforts towards its implementation.

The three leaders adopted a Joint Plan of Action for 2020 and beyond focusing on the two main and intertwined objectives of consolidating peace, stability and security as well as promoting economic and social development. They also agreed to bolster their joint efforts to foster effective regional cooperation.

On the security front, the three leaders formulated a comprehensive plan to combat and neutralize the common threats they face, including terrorism, arms and human trafficking and drugs smuggling.

Regarding economic and social development, they agreed to prioritize the mobilization of their bountiful human and natural resources; build, modernize and interface their infrastructure and develop their productive and service sectors. They also expressed their appreciation for, and their readiness to cooperate with, their friends and partners, on the basis of mutual respect and mutual benefit.

The three leaders agreed to closely consult with their Brothers, Heads of State, for the realization of the aspiration of their peoples for effective Horn of Africa Cooperation.