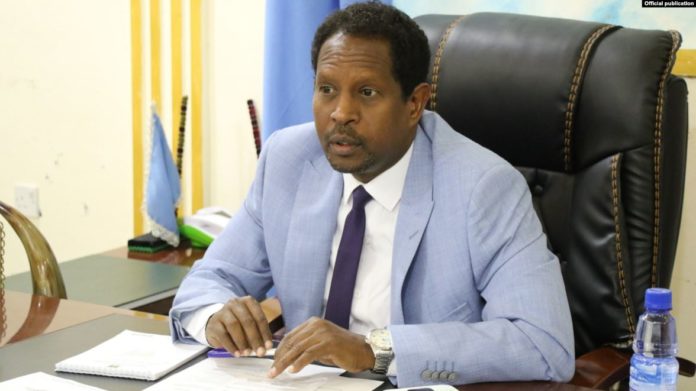 Somalia’s government says the mayor of Mogadishu has died after being badly wounded in an al-Shabab extremist attack in his office last week.

The spokesman for Somalia’s president said Abdirahman Omar Osman died Thursday in Qatar, where he had been airlifted for treatment after the July 24 attack.

The Somalia-based al-Shabab and officials have said a rare female suicide bomber used in the attack had been aiming for the American who is the new United Nations envoy to Somalia. James Swan had left the office just minutes earlier.

BREAKING: Mayor of Mogadishu Abdirahman Omar Osman has passed away as a result of injuries sustained from Al-Shabaab attack on his office on July 24, sources.

It was not clear how the bomber managed to enter the mayor’s office, as visitors are required to pass through at least four metal detectors.

Osman had been a councilor in London before returning to Somalia to enter local politics.

Copyright 2019 The Associated Press. All rights reserved. This material may not be published, broadcast, rewritten or redistributed.