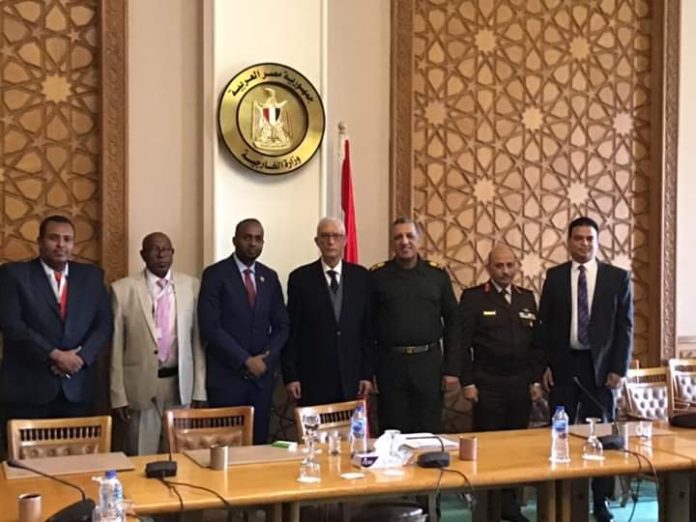 Horndiplomat-Somaliland delegation led by liban Yusuf Osman, Deputy Minister of Foreign Affairs and International Cooperation who is on an official visit in Egypt met his counterpart in Cairo as he pushes for stronger diplomatic ties between the two countries.

He added the delegation visit is to aimed at fostering the historic relationship between Somaliland and Egypt.

“My visit to Egypt is aimed at fostering the historic relationship btw Somaliland and Egypt and deeply discussed the Role of egypt in the Horn of Africa and the bilateral cooperation  btw two Nations in the areas of Education, health, economy development and security.”Minister Liban said in a Twitter post late on Monday.

On March 26,The Somaliland delegation had a series of meetings with high ranking military officers from the Egyptian defence ministry headed by major general hamdi badin and business leaders in Cairo Egypt.

“We had an other fruitful meeting today with the hight ranking military officers  from the defence ministry of Egypt , our meeting  is to Strengthen our relationship which is based on a position of trust and matual understanding for the benefit of both brotherly nations.Minister Liban said in a Twitter post on Tuesday.

The dialogue is aimed at establishing diplomatic relations and developing bilateral cooperation in all areas for the first time.