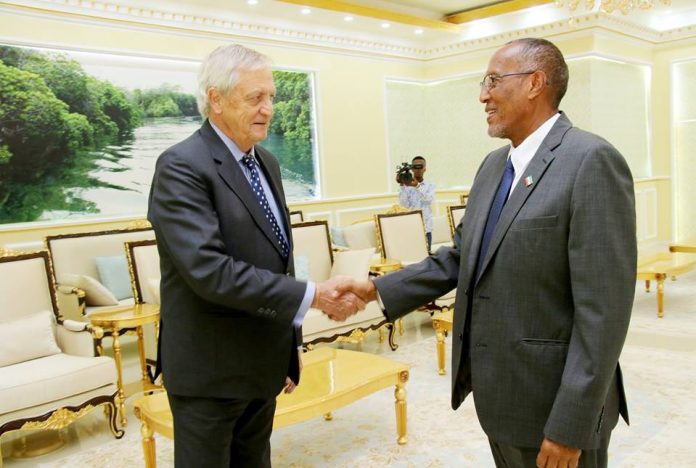 Horndiplomat-The Somaliland government released statement regarding the Somalia’s decision to expel The Special Representative of the UN Secretary-General on Somalia, Nicholas Haysom.

Meanwhile, Somaliland has congratulated the special representative to Somalia Nicholas Haysom for his role during his four months in office of peacemaking in Somalia and seeking a solution the conflict between Somalia and Somaliland.

The move by the Somaliland government followed after the Somalia’s federal government declared the UN Envoy as persona non grata after His demands on the legal basis for the arrest of Mukhtar Robow.