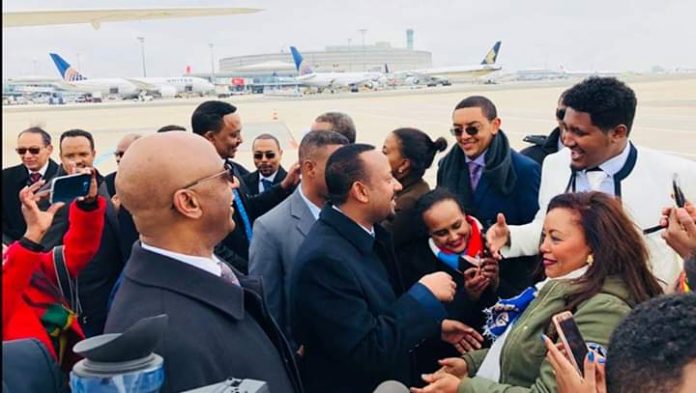 Horndiplomat-Prime Minister Dr Abiy Ahmed arrived in Paris, France today (October 29) as part of his tour to Europe. Upon arrival at Paris Raissy Charles De Gaulle airport, the Prime Minister was warmly welcomed by higher officials and dozens of members of the Ethiopian Diaspora community.

Following the invitation of President Macron, Prime Minister Abiy Ahmed just arrived in #Paris, #France. The two sides are expected to have bilateral discussions on a number of issues such as regional security, Ethiopia’s ongoing reform, Trade and Investment. #Ethiopia pic.twitter.com/CBNonjOdtT

The prime Minister headed a high-level Ethiopia n delegation including Minister of Foreign Affairs, Dr. Workneh Gebeyehu .
During his stay in Paris, the Prime Minister will meet with French President Emmanuel Macron and discuss on a number of issues such as regional security, Ethiopia’s ongoing reform as well as trade and Investment. The Premier will then head to Germany and hold bilateral discussions with Chancellor Angela Merkel. As part of his Diaspora outreach tour, the Prime Minister will also meet with more than 25,000 Ethiopians in Frankfurt, an event being held under the theme: “Stand Together, Build the Future!”.according to Ethiopian foreing Affairs Ministry 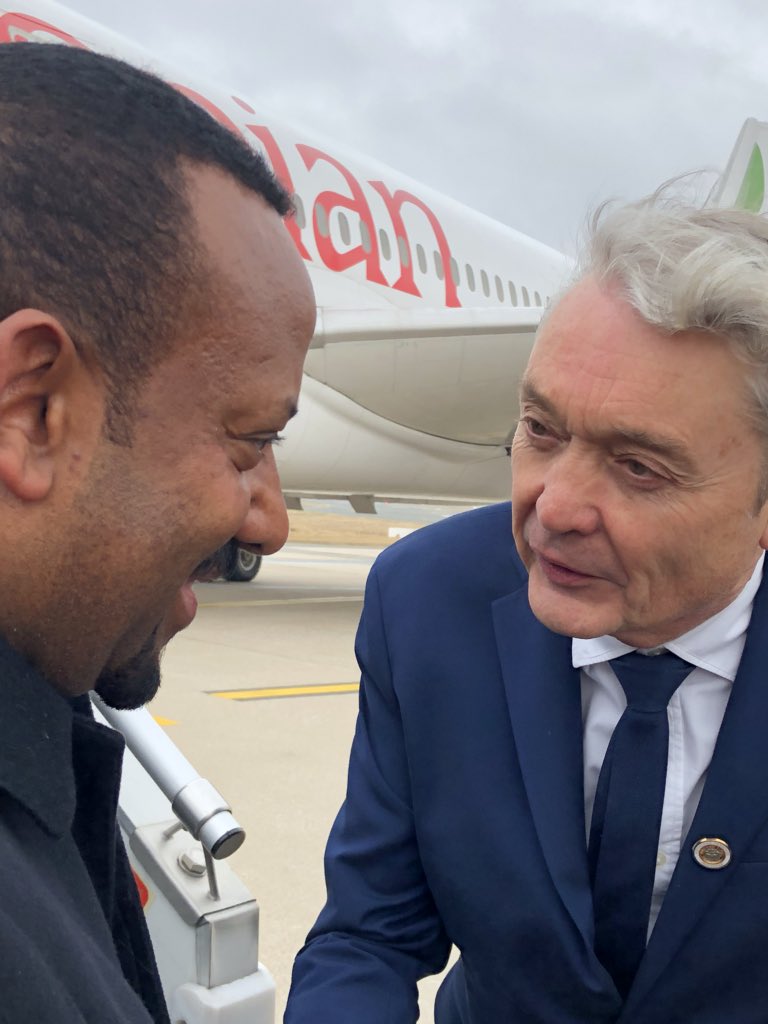 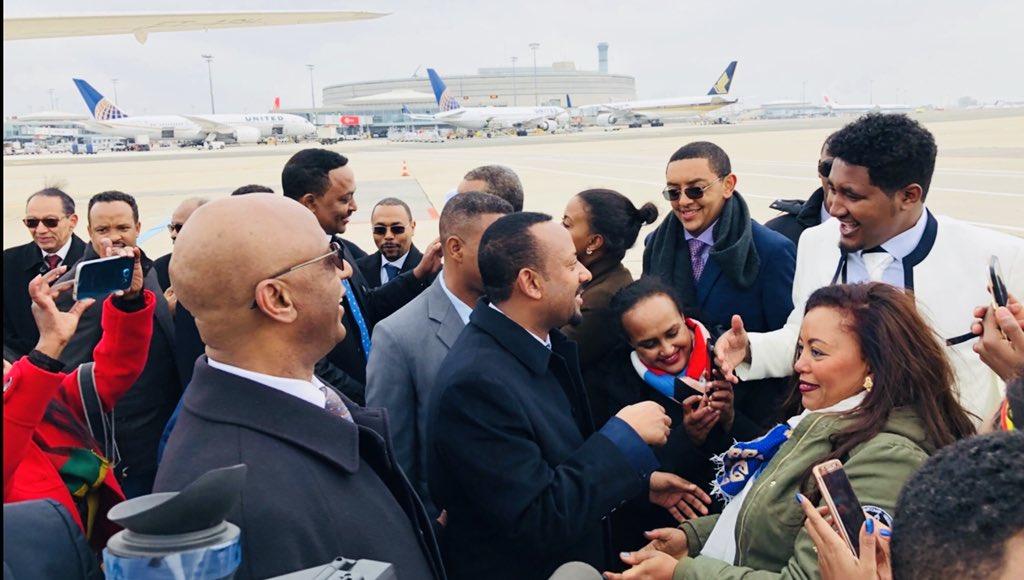 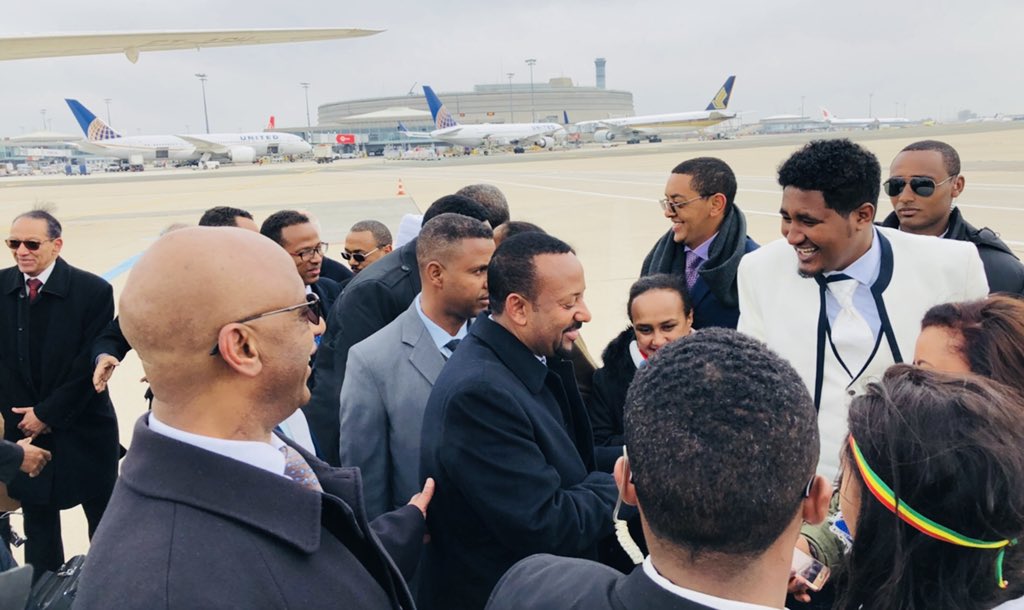 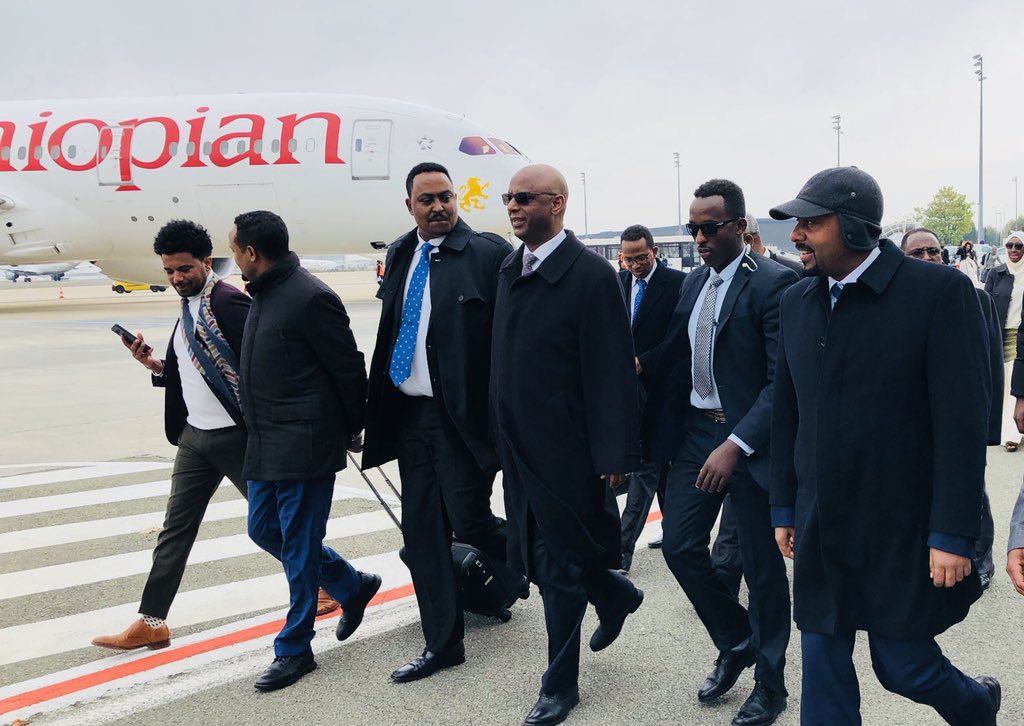