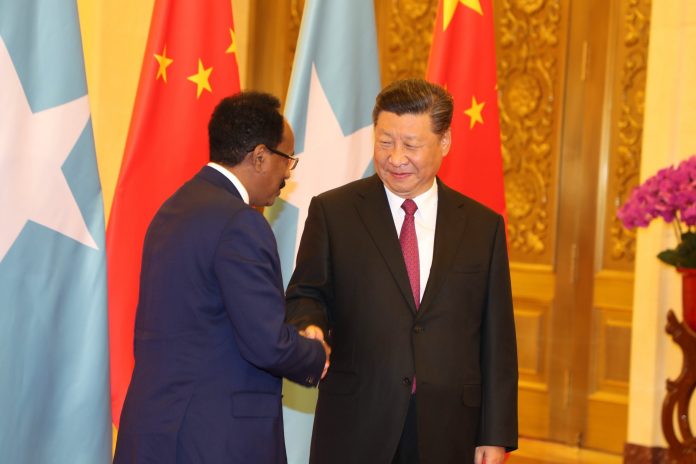 Horndiplomat-Somalia’s President Mohamed Abdullahi Farmajo held bilateral discussions with President Xi Jinping,the President of the People’s Republic of China and General Secretar y of the Communist Party of China ahead of the Forum on China-Africa Cooperation.

President Farmajo commended President Xi Jinping on his reform policies and visions that aim to lead China and the rest of the world towards sustainable progress and prosperity.

In return,President Xi Jinping applauded the efforts of President Farmajo and his government in their political and economic reform agenda.

President Farmajo acknowledged China’s historic relations with Somalia which has always been based on mutual objectives,strong friendship and common interests.

The leaders also discussed Somalia’s participation in FOCAC and the potential of the Belt and Road Initiative which will enhance connectivity and promote economic development.

Somalia had signed an MOU to join the Belt and Road Initiative as well as an agreement on enhancing Economic and Technical Cooperation in Beijing.Foreign Affairs and International Cooperation Minister H.E Ahmed lsse Awad and Commerce and Industry Minister H.E Mohamed Abdi Hayir signed on behalf of the Federal Government of Somalia.

The leaders reaffirmed commitments to build on the existing cooperation,pursue new frontiers in economic connections and other partnerships in development initiatives.According to the Villa Somalia 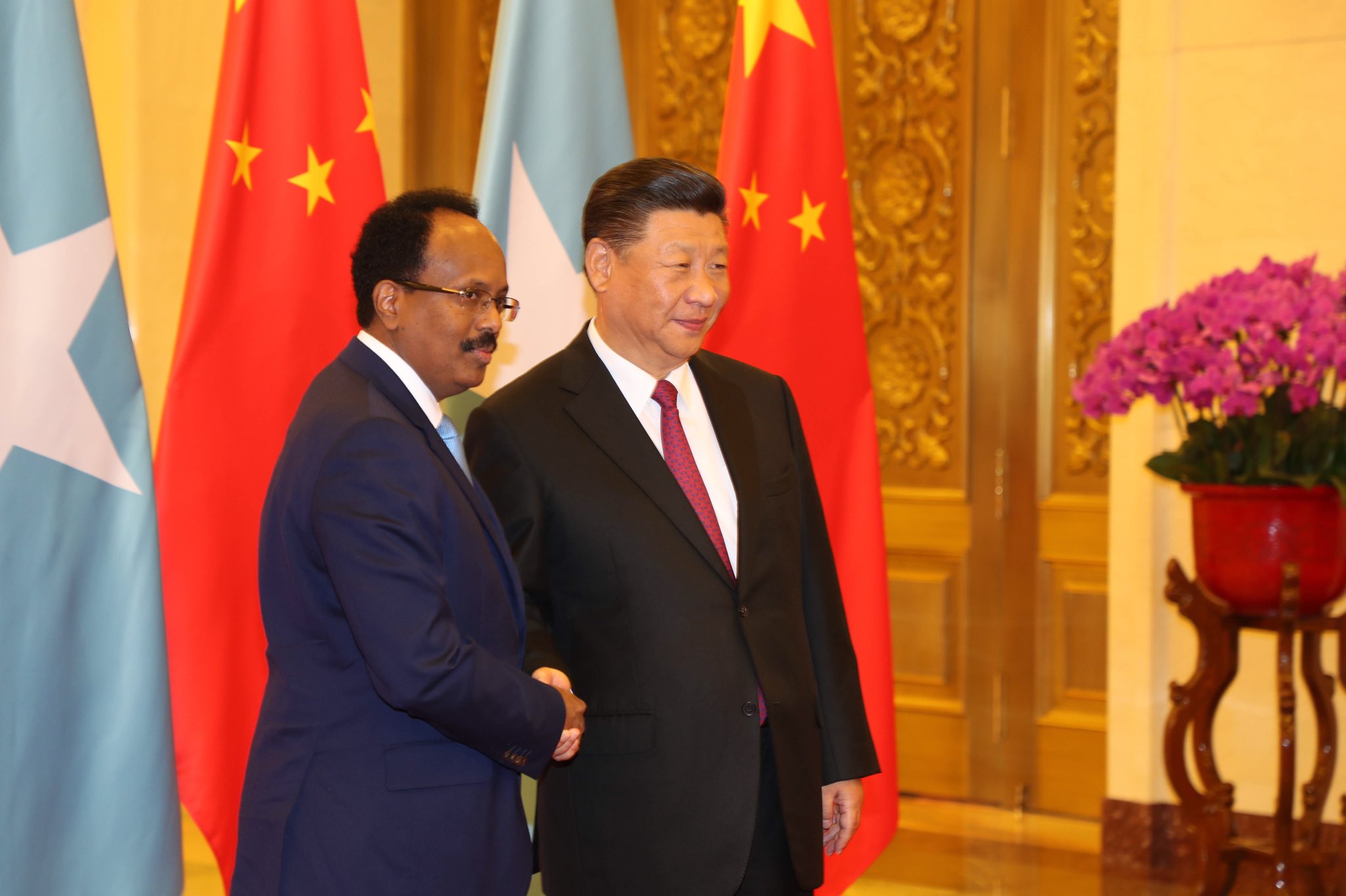 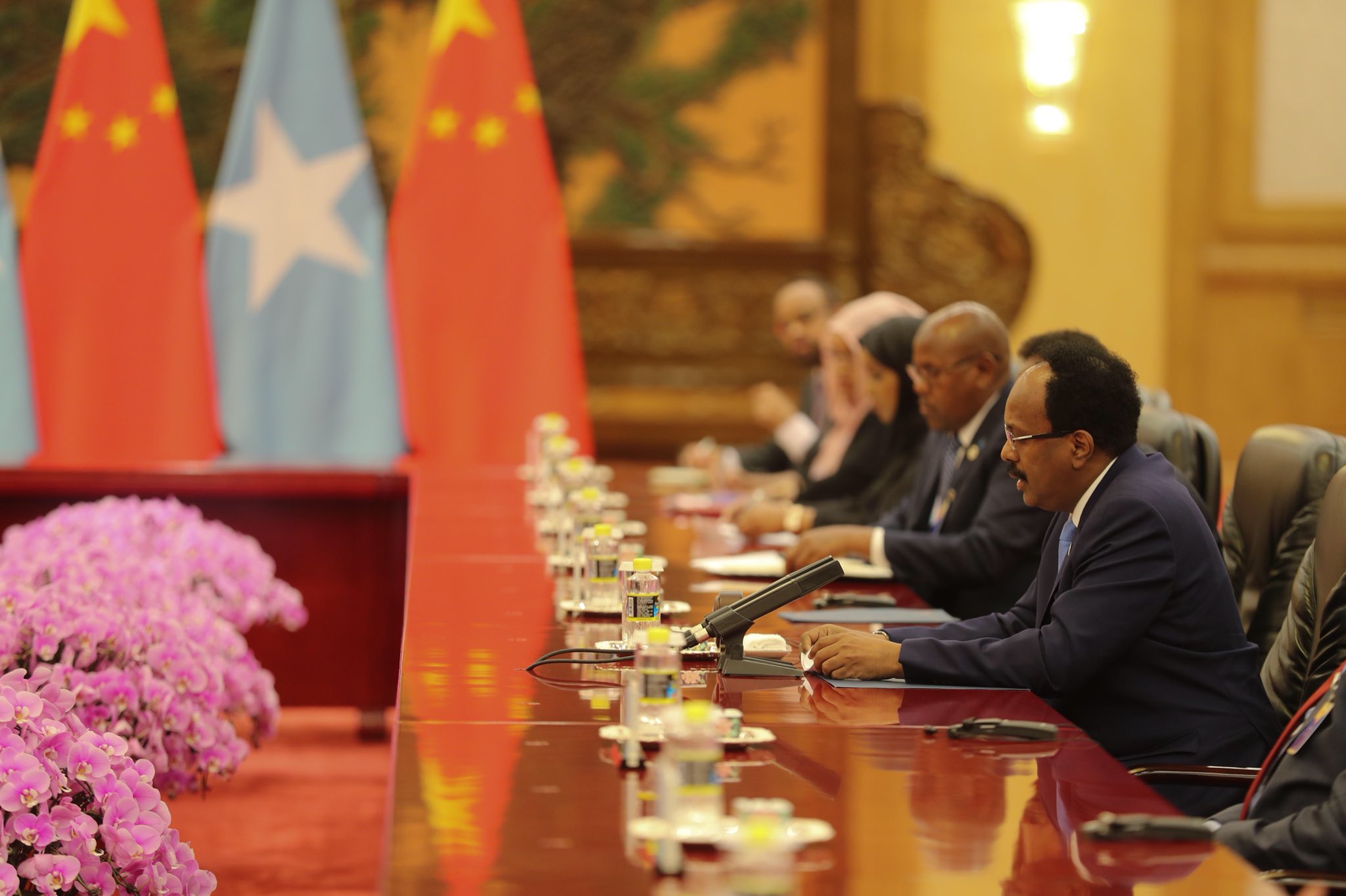 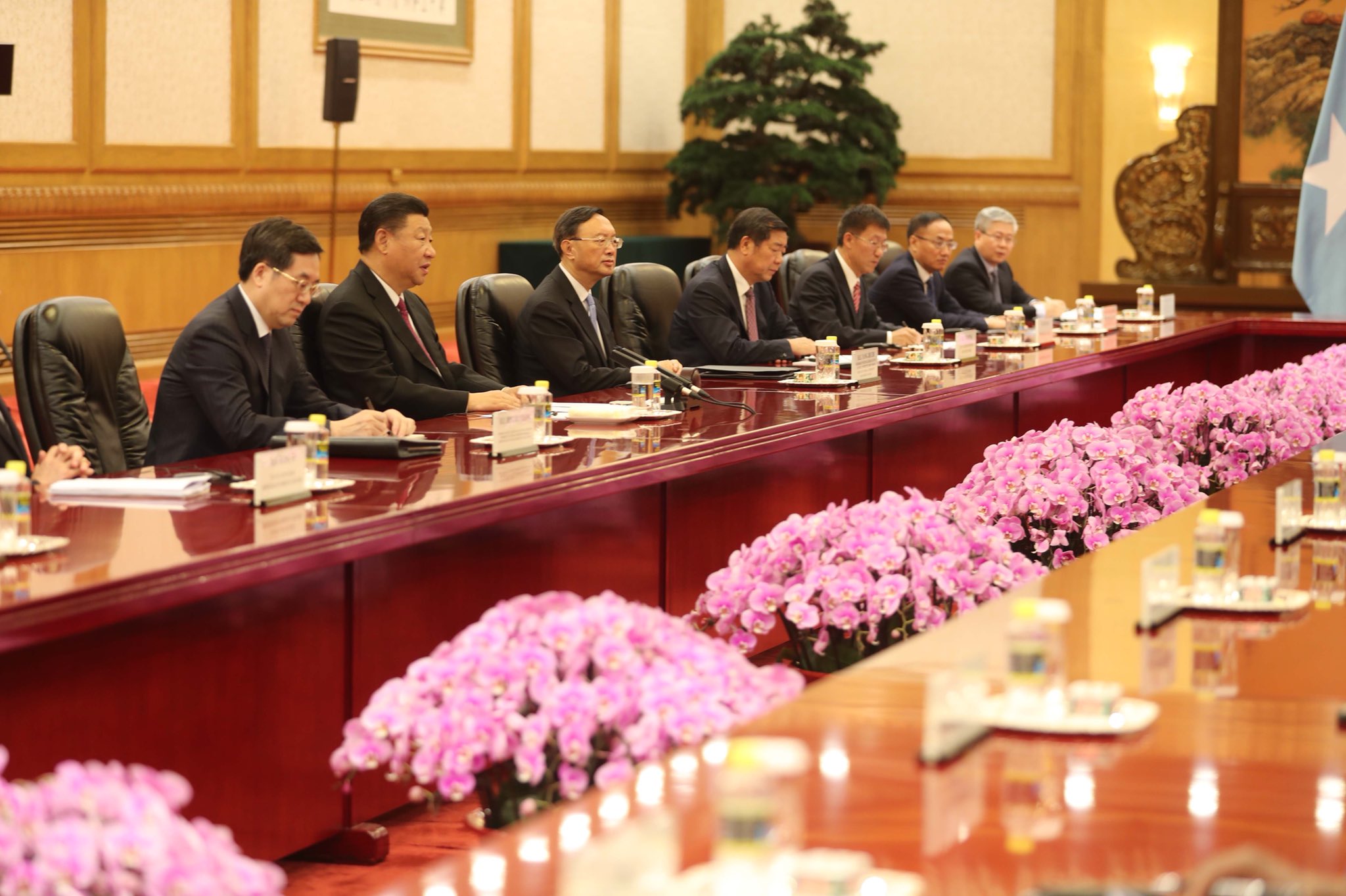 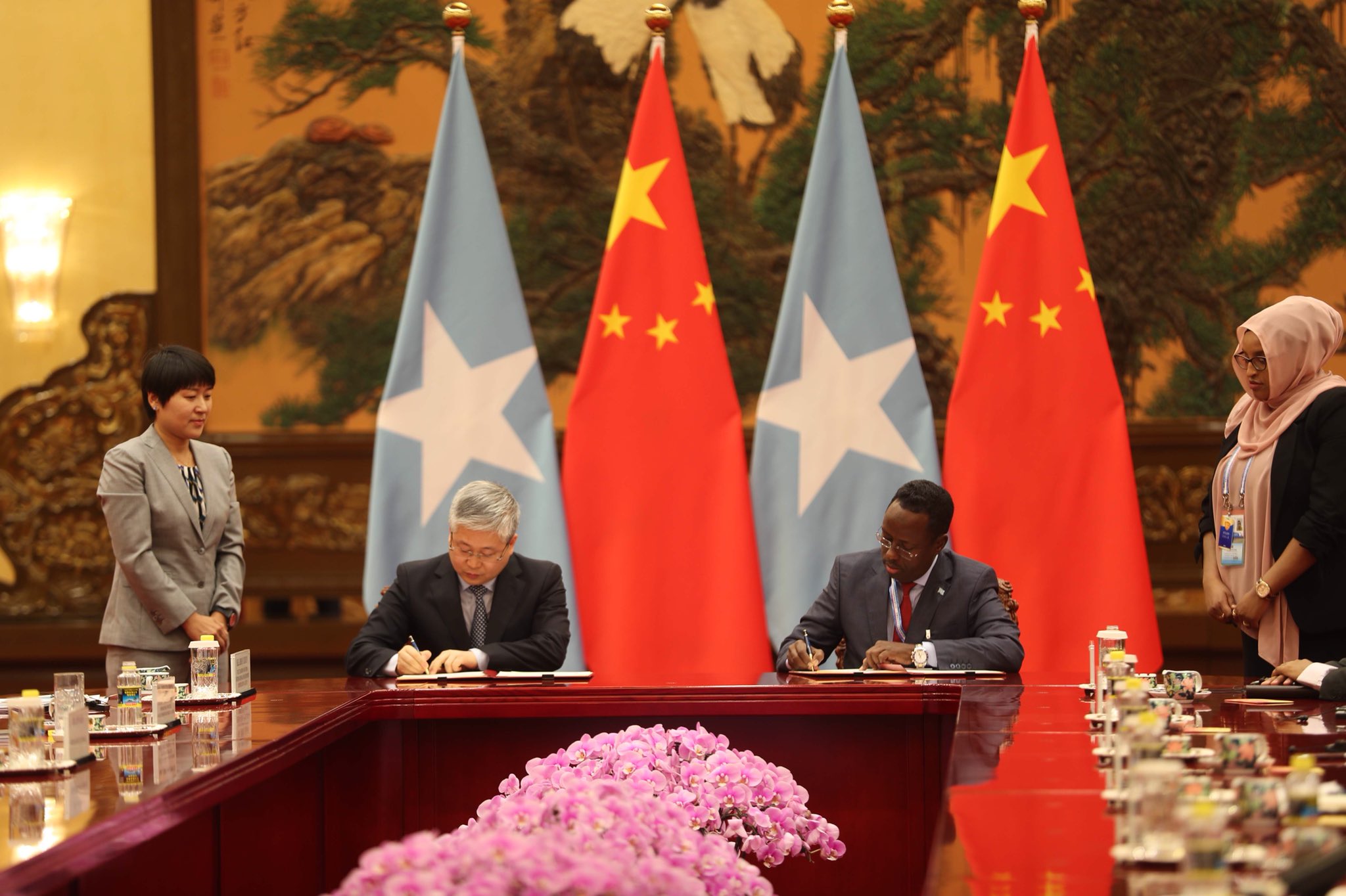 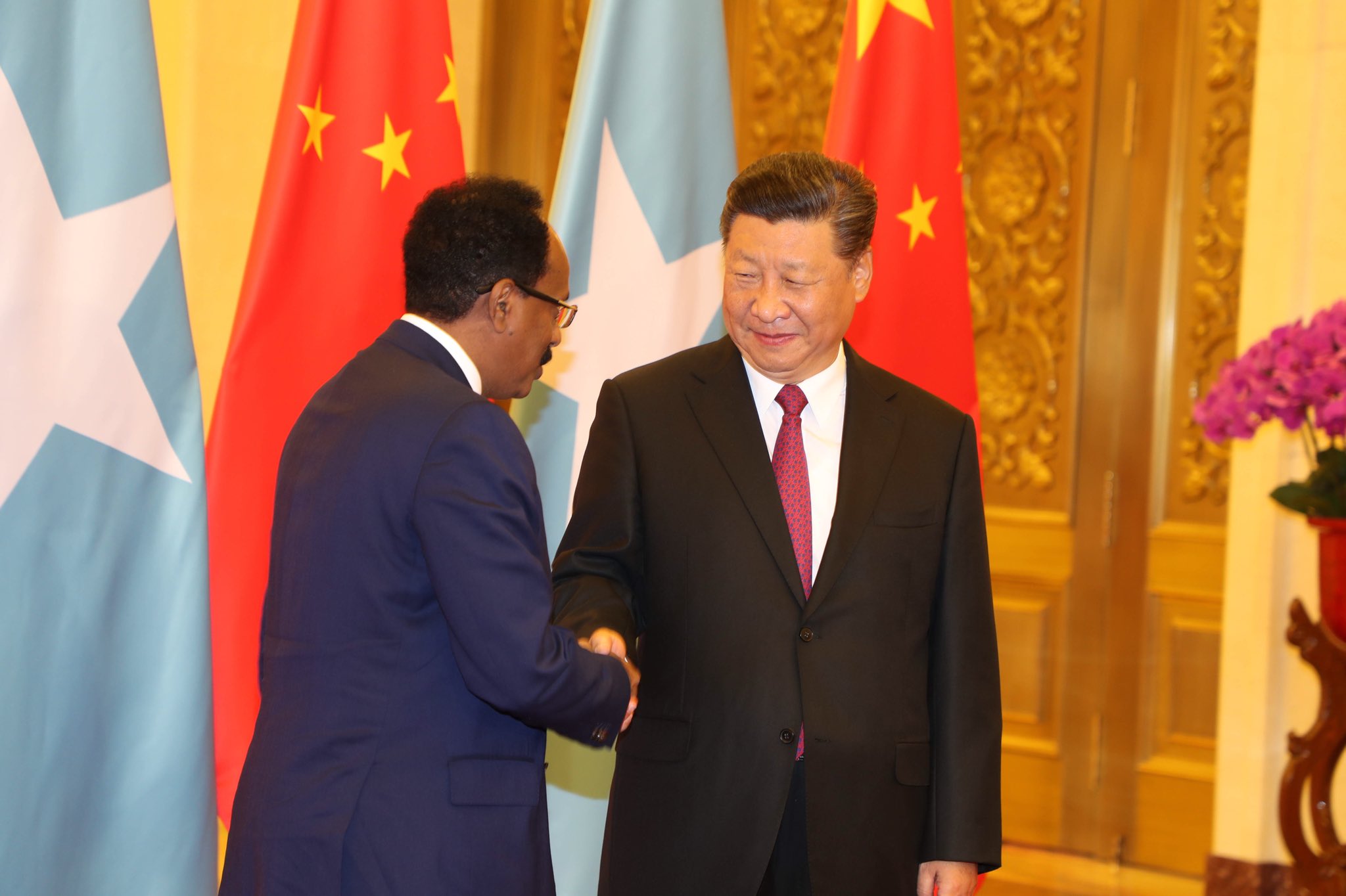