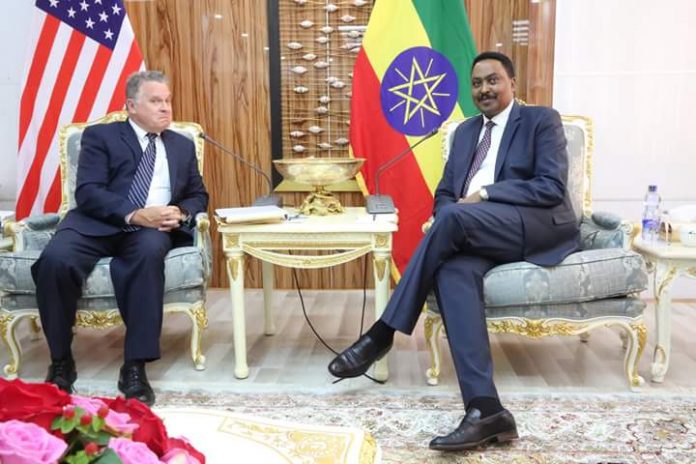 Horndiplomat-Ethiopian Minister of Foreign Affairs Dr. Workneh Gebeyehu met with a US delegation led by Mr. Chris Smith, Chairman of the United States of America House of Representatives Foreign Affairs Committee on Thursday (August 23), during which both sides reiterated their commitment to advance their multifold cooperation.

Taking note of the fact that Ethiopia and the United States of America have longstanding diplomatic relationships, Dr. Workneh praised the strategic support the US government has been providing to Ethiopia’s development endeavors. Dr. Workneh briefed Congressman Smith on the deep reforms and changes that are currently well underway in the country adding, “the government is doing its level best to address human right issues and widen the political environment”. The Minister further called on the US government to continue its support to Ethiopia, particularly on the current institutionalization initiatives taken by the government of Ethiopia.

Mr. Chris Smith commended the reforms being made by the government of Ethiopia, while also noting that these initiatives should be further strengthened. He asserted that his country would continue to cooperate with the government of Ethiopia on issues including the democratization process, human rights and illegal human trafficking among others.according Ethiopian Foreign Ministry 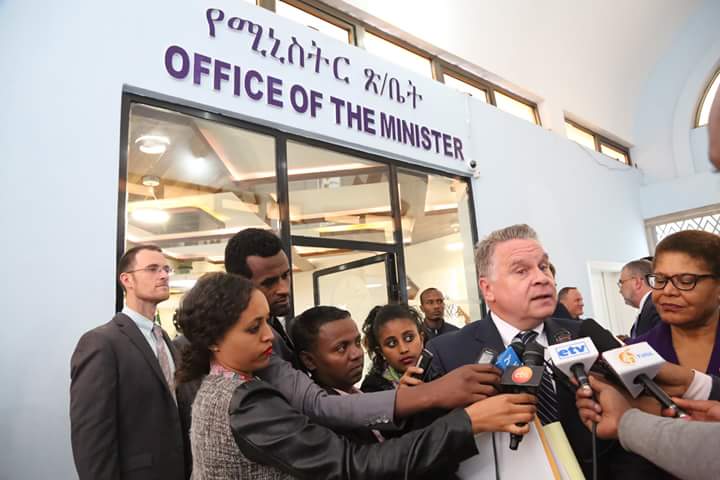 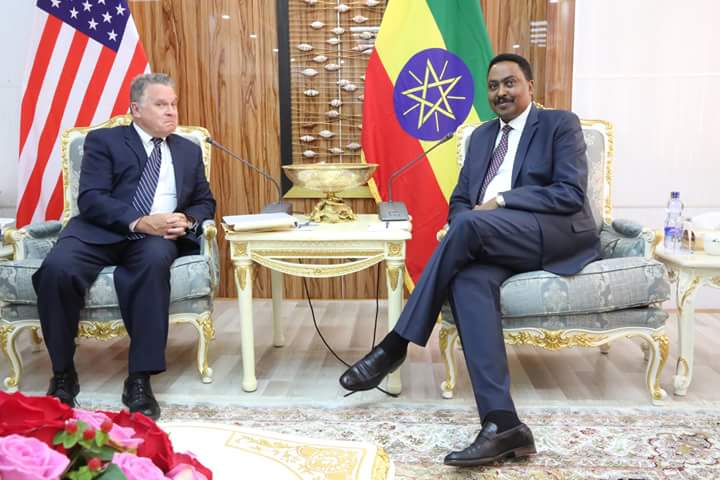 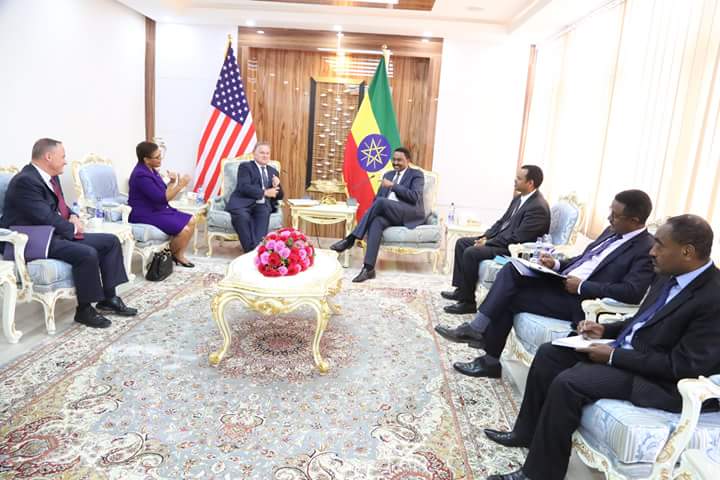