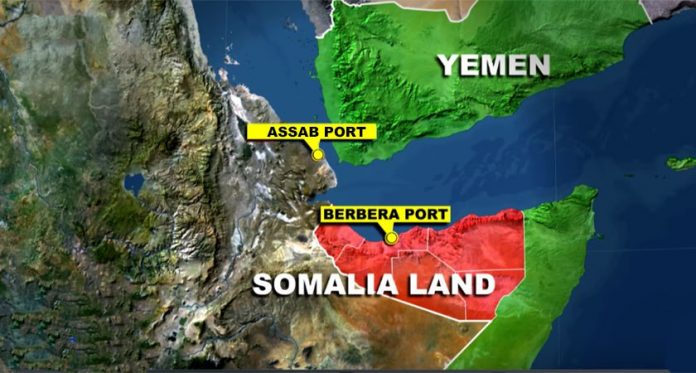 Horndiplomat-Sagar’s main threat is dangerous flash flooding in the deserts of southern Yemen, Somaliland and Djibouti this weekend.

On 19 May, The governor of Sahil region of Somaliland Ahmed Osman Hasan declares the death of one person and one serious injury in Berbera by Cyclone Sagar.

The local media reports Around 950 have been displaced in Berbera city after the storm destroyed homes and still not received any humanitarian supports.

On the other hand, Today’s the governor of Awdal region of Somaliland Abdirahman Ahmed Ali confirmed to the media the death of 14 people in Lughaya and Baki in Awdal region.

On may 19, The United Nations Office for the Coordination of Humanitarian Affairs (UN OCHA) released a statement about the Tropical Cyclone Sagar.

The Heavy rains and strong winds have been reported in the coastal areas of Sanaag and Somaliland, according to reports received on the morning of 19 May. In Berber town, humanitarians reported one death and one serious injury after the storm destroyed homes. Some 125 families whose shelters were flooded were evacuated to nearby schools by the local authorities, with the support of the Somaliland Red Crescent Society.

The affected people received blankets, sleeping mats, biscuits and water. In the village of Ceel Sheekh, some 15 shelters were also destroyed, with the communities fleeing to higher ground. There are, however, concerns regarding the fate of over 150 families living in the areas surrounding the town. In Bulaxaar village, in the Berbera district, the storm hit in the morning of 19 May, and a number of affected people were evacuated to higher ground, but an unknown number of people has been reported missing.

Humanitarians also reported that communication with Lughaya district was disrupted when a telecommunication tower was destroyed by the storm. Authorities and humanitarians will continue to monitor the situation. As of 18 May, more than 1.3 million in Awdal, Sanaag, Togdheer and Marodjieh were estimated to be at risk of the tropical storm, according to the WFP-led Automated Disaster Analysis and Mapping (ADAM). Similar events in Somalia, the most recent being in Puntland in late 2013, have resulted in the loss of lives, crops and livestock and the destruction of property and infrastructure.’UN OCHA says.

Tropical cyclones moving from the Arabian Sea into the Gulf of Aden aren’t rare.

However, few tropical cyclones have penetrated the western Gulf of Aden in the satellite era.