Horndiplomat-Ministry of foreign affairs and international cooperation of Somaliland has released a press release, to response the intervention and false urguments of neighboring country Somalia which is about Berbera port development project agreement between somaliland, Ethiopia and DP World. according Somaliland Foreign affairs Ministry .

In response to the statement made by Somalia in which they referred to Somaliland,its sovereignty,and ability to enter into agreements with third party,we do hereby state the fact that:

Somaliland is neither part of Somalia nor a breakaway region of Somalia.It served its association with Somalia 27 years ago after a decade long of civilwar.
The dissolution of the union between the two countries is nothing new in Africa as there have been many precedents.

Somaliland is an independent country that fulfilled all the requirements of a sovereign state. It has international boundaries established by international protocols,a permanent population, a government in control of its territory,and the ability to enter into agreements.

Somaliland is a democratic,peaceful,and politically stable country with a president,parliament and local councils elected directly by the people.

In this regard Somalland has the legitimate right to improve thelively hood ofits people, invite investors and exercise its absolute sovereignty over its resources.

Therefore any decisions and resolutions from Mogadishu Administration of Somalia will not have any affect or legal bindingsat all on the Somaliland agreements with other countries and companies.

The cornerstone of Somaliland’s foreign policy is peaceful coexistence with neighboring countries including Somalia. Nevertheless Somaliland has an absolute right to defend its interests and territory. 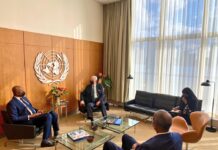 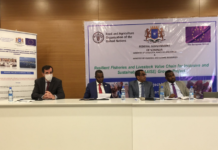 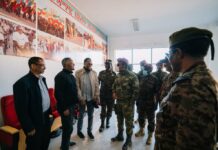