Who Gets To Have Their Own Country? was the title of a recent episode of The Inquiry where expert witnesses laid out exactly why it’s so complicated to declare independence and set up as a new state. The case of Somaliland came up and while giving some background presenter James Fletcher said something which listener, Ahmed Kadleye strongly disagreed with. Ahmed joins us on Over To You to explain.

Also, Digital Editor, Dmitry Shishkin reveals some of the techniques used in setting up a further 12 languages services by March next year.

Readmore Here Somaliland Listener Says The Inquiry Got It Wrong 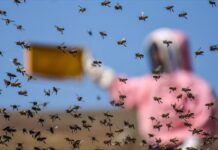