At least nine people have been killed overnight amid ongoing nationwide anti-government protests that began last week in various cities across Iran.

Iranian state television confirmed on Tuesday that six demonstrators were killed during a raid on a police station in Qahdarijan.

According to state media, the rioters were attempting to break into the station to obtain weapons.

An 11-year-old boy and a 20-year-old man were among those killed in the town of Khomeinishahr.

According to the reports, an Iranian Revolutionary Guard Corps (IRGC) soldier was shot by an assailant using a hunting rifle in Najafabad, about 350km south of the capital Tehran.

However, Al Jazeera could not independently verify whether the IRGC member was the same police officer who was reported as being shot by Iran’s semi-official Mehr news agency on Monday night.

Following six days of protests, at least 20 people have been killed, and about 400 protesters have reportedly been arrested.

About 450 people have been arrested since the unrest began, with the Tehran governor’s deputy giving the following breakdown: 200 on Saturday; 150 on Sunday; and 100 on Monday.

The detention figures for other Iranian cities cannot be confirmed.

Despite threats by the IRGC to put down the demonstrations, protesters have continued taking to the streets in various parts of Iran, in what has been described as the biggest show of dissent in the country since huge rallies took place in 2009.

In Tehran, police on Monday evening used tear gas and water cannon to disperse a small protest near Engheleb Square.

“This is better than staying silent,” Milad, a young protester with eyes red from tear gas, told Al Jazeera.

Nearby, Aslan, a 52-year-old man in the area who was not demonstrating, said protesters “need a chance to show they are not happy”.

“The government should let them protest,” he told Al Jazeera.

The rallies began on December 28 in the second-largest city of Mashhad, prompted by anger over rising cost of living and the state of the economy.

“We cannot predict a time when the protests will come to an end,” said Sadegh Zibakalam, an author and academic.

“But the protests will shake the people in power who must give priority to the people’s demands and needs.”

On Sunday, President Hassan Rouhani said Iranians have the right to protest but not violently.

“People are free to express their criticism and to protest,” he said in televised remarks, his first since the rallies began.

“However, we need to pay attention to the manner of that criticism and protest. It should be in such a way that it will lead to the improvement of the people and state,” he added.

“People have the right to protest, but those demonstrations should not make the public feel concerned about their lives and security.”

In May 2017, Rouhani, who belongs to the reformist bloc of Iran’s political spectrum, decisively won re-election after garnering 57 percent of the vote in the country’s presidential election.

That poll was the first since Rouhani negotiated a historic deal with world powers in 2015 to curb Iran’s nuclear programme in exchange for sanctions relief.

Many in Iran hoped that the deal, by lifting many international sanctions, would ease the country’s financial struggles. Yet, the benefits do not seem to have trickled down.

Ali Vaez, the Iran project director at the International Crisis Group who worked with all sides during the negotiations for the nuclear deal, said the fact that the nuclear deal did not quite deliver the results people expected played a key part in what is happening currently in Iran.

“The government inflated public expectations a lot,” Vaez told Al Jazeera, noting that factors such as falling oil prices and doubts over the US commitment to the deal were also adversely affecting the Iranian economy.

“The reality is, however, that President Rouhani failed to pave the ground for the potential the nuclear deal created, and that has led to a lot of frustration in Iran,” he said.

“The issue is elevated expectations, that’s where the danger comes in,” he told Al Jazeera.

“People have been expecting better lives, partly as a result of Rouhani’s promises in connection with the nuclear deal.

“It’s not a matter of absolute poverty driving people into the streets.

“It’s mostly about people thinking that ‘We need more than this, we were actually promised more than what’s happening, and we don’t have the jobs that we were anticipating’.”

With additional reporting by Saeed Jalili 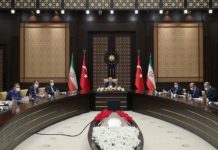 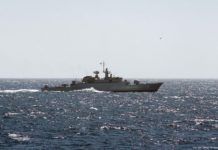 Djibouti denies presence of Iran warships in its territorial waters