MOGADISHU, Somalia –  The African Union says it has begun its withdrawal from Somalia and will cut 1,000 troops by the end of this year as security responsibilities start to shift to the local military.

The continental body said Tuesday that the move comes at a critical time, less than a month after the country’s worst attack killed more than 350 people. The Somalia-based al-Shabab extremist group has been blamed.

The AU says its troop movements shouldn’t cause alarm, but the withdrawal has begun earlier than expected. Plans had said the first troops would leave in 2018.

The 22,000-strong African Union force in Somalia is expected to fully withdraw by the end of 2020. The United States military and others have expressed concern that Somalia’s security forces will not be ready by then. 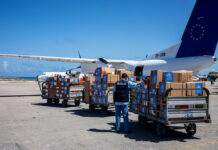 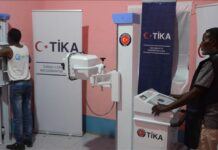