TOKYO — North Korea was practicing to strike United States military bases in Japan with its latest barrage of missiles, state media in Pyongyang reported Tuesday, and it appears to be trying to outsmart a new American antimissile battery being deployed to South Korea by firing multiple rockets at once.

Kim Jong Un presided over Monday’s launch of the four missiles, “feasting his eyes on the trails of ballistic rockets,” the Korean Central News Agency reported in a statement that analysts called a “brazen declaration” of the country’s intent to strike enemies with a nuclear weapon if it came under attack.

“If the United States or South Korea fires even a single flame inside North Korean territory, we will demolish the origin of the invasion and provocation with a nuclear tipped missile,” the KCNA statement said.

Breaking news from around the world.

The four ballistic missiles fired Monday morning were launched by the elite Hwasong ballistic missile division “tasked to strike the bases of the U.S. imperialist aggressor forces in Japan,” KCNA said. The United States has numerous military bases and about 54,000 military personnel stationed in Japan, the legacy of its postwar security alliance with the country.

Three of the four missiles flew about 600 miles over North Korea and landed in the sea, within Japan’s exclusive economic zone off the Oga Peninsula in Akita prefecture, home to a Japanese self-defense forces base. The fourth fell just outside the zone.

N. Korea fires more missiles into the sea near Japan

Play Video1:15
A new round of North Korean ballistic missile launches on Mar. 6 has triggered anger from Japan. (Reuters)

North Korea did not say what kind of missiles it had fired, but after poring over photos released by state media, analysts at the Middlebury Institute of International Studies in California said they were extended-range Scuds capable of flying more than 600 miles.

North Korea has tested these types of missiles before, so the point of Monday’s launches was not to see if the rockets would fly, but to test how quickly the unit could set them up and deploy them — classic training for a wartime situation, said Jeffrey Lewis, director of the East Asia Nonproliferation Program at the Middlebury Institute.

“They want to know if they can get these missiles out into the field rapidly and deploy them all at once,” Lewis said. “They are practicing launching a nuclear-armed missile and hitting targets in Japan as if this was a real war.”

North Korea’s extended-range Scud is halfway between a traditional short-range Scud and the medium-range missile known as the Rodong. But they can be produced much more cheaply than the Rodong, Lewis said, meaning that North Korea could fire them with more abandon.

KCNA reported that the four missiles were launched simultaneously and that Kim commented that they “are so accurate that they look like acrobatic flying corps in formation.”

This appeared to be a further challenge to the United States and South Korea, which said Tuesday that it had started deploying the advanced antimissile battery called Terminal High Altitude Area Defense, or THAAD, designed to protect the region against North Korea’s rockets. The first parts of the THAAD system arrived Monday at the Osan air base south of Seoul, South Korea’s Defense Ministry said.

But THAAD would have difficulty intercepting four missiles launched at the same time, analysts said.

Furthermore, the Osan air base is less than 300 miles from the missile launch site in North Korea — another apparent message to Pyongyang’s enemies.

The launches coincided with joint U.S.-South Korean military exercises on the southern half of the Korean Peninsula, drills that take place every year and that North Korea views as preparation for an invasion. After the missiles were launched Monday, the U.S. Strategic Command said it had determined the missile launch “did not pose a threat to North America.”

But KCNA reported that the 33-year-old Kim had ordered the strategic forces to be on high alert, “as required by the grim situation in which an actual war may break out anytime, and get fully ready to promptly move.”

North Korea has been making clear progress on its missile program and has a declared goal of developing an intercontinental ballistic missile capable of reaching the West Coast of the United States. It has also conducted five nuclear tests and claims to be able to miniaturize a warhead so that it could be fitted onto a missile.

However, it has not yet proven the ability to either attach a warhead to a missile or to be able to deliver a missile to a target — something that would involve mastering the difficult step of reentry.

[Did North Korea just test missiles capable of hitting the U. S.? Maybe.]

The launches also appeared designed to send a message to both President Trump and the Japanese prime minister, Shinzo Abe, said Joshua Pollack, editor of the Nonproliferation Review.

“We might infer that the choice of Japan as a target might be based on a desire to do something new compared to last year — raising the stakes of the exercises — but also on Abe’s visit to the U.S. and joint appearances with Trump,” Pollack said.

North Korea launched a medium-range missile last month — its first since Trump was elected — while the president was hosting Abe for dinner at his Mar-a-Lago Club in Florida.

“Both Japan and the U.S. confirmed that this North Korean missile launch was a clear violation of U.N. Security Council resolutions and was an obvious challenge to the region and the international community,” Abe told reporters in Tokyo, repeating his assertion that the North Korean threat had “reached a new stage.” 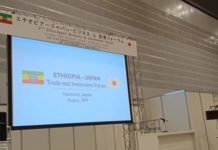 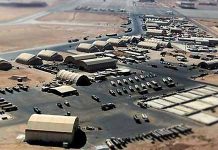 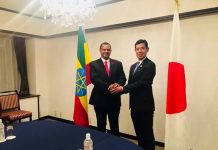 Japan cooperates with Ethiopia on Horn of Africa peace and stability