Jeff Bezos announced last week that he is stepping down as Amazon’s CEO. He built Amazon from scratch. He also built Blue Origin – a pathbreaking spacecraft company – on the side. In the process, Bezos became the richest person of all time.

How did he do it?

The key to Bezos’s success is an unyielding commitment to three principles. First among them: think long term. Bezos focuses on big, long-term goals and ignores the short-term trivialities that distract others.

As Bezos put it in 1997: “We believe that a fundamental measure of our success will be the shareholder value we create over the long term.” Since then, Amazon’s market capitalization has grown by over $1.6 trillion.

Bezos’s second principle is to be ferocious. He speaks endlessly about “customer obsession.” He proudly tells job applicants that Amazon employees (“Amazonians”) work long and hard. His motto for Blue Origin is Gradatim Ferociter, which is Latin for “step by step ferociously.” And he says “it’s always Day 1” at Amazon – a demand that Amazonians sustain the wide-eyed enthusiasm of their first day on the job. “Day 2,” according to Bezos, “is stasis. Followed by irrelevance. Followed by excruciating, painful decline. Followed by death.”

Importantly, however, this ferocity does not dilute the hard logic that undergirds everything Amazon does. Bezos’ formula combines ambitious goals with a diligent devotion to detail. If you get the details wrong, you won’t achieve the goals. As Bezos likes to say, borrowing an old military training proverb, “slow is smooth and smooth is fast.”

But his willingness to take risks was the soil for stunning successes, too. First among them was Amazon Web Services. His long-term bet on AWS was unprecedented: An online retail company selling books, soap and electronics sought to transform the basic structure of the internet.

It worked. Last year AWS generated $45 billion in revenue. Warren Buffett said, “I have never,” before Bezos, “seen any person develop two really important industries at the same time and really be the operational guy in both.”

As Bezos understands, without Pets.com there would have been no AWS. He explained: “We all know that if you swing for the fences, you’re going to strike out a lot, but you’re also going to hit some home runs. The difference between baseball and business, however, is that baseball has a truncated outcome distribution. When you swing, no matter how well you connect with the ball, the most runs you can get is four. In business, every once in a while, when you step up to the plate, you can score 1,000 runs.”

Your stories live here.
Fuel your hometown passion and plug into the stories that define it.
Create Account

Jeff Bezos transformed commerce. But his principles apply far beyond business. Long-term thinking, ferocious obsession and intelligent risk-taking are a potent formula that can fuel success in many walks of life. And Bezos will no doubt carry this mindset into his post-Amazon-CEO life, which begins July 1 of this year. For Bezos, every day thereafter will also be Day 1. 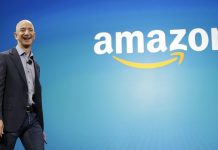