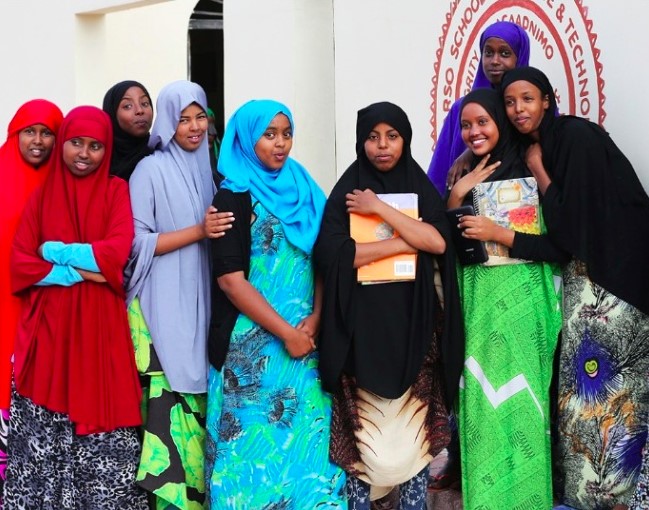 In theory, urban women should have access to better services and more employment opportunities than women in rural areas and refugee camps. With less societal restrictions and higher literacy rate, urban women generally exercise more privileges in the labour force as opposed to women in remote areas. At the global level, data confirms that women who stay longer in school have a higher labour participation rate than women who stay less in school (Figure 1). However, the relationship between education and labour force participation does not necessarily apply to every country, in particular countries that lack gender-inclusive policies or with a limited formal and diversified job market. The latest Goalkeepers report (2019), “Examining Inequality”, found that in some countries girls tend to be well-educated while still remaining jobless indicating that education alone may not be sufficient enough to tackle the gender gap in economic opportunities.

Figure 1. The relationship between the mean of years of schooling among females and percentage of participation in formal labour, 2019 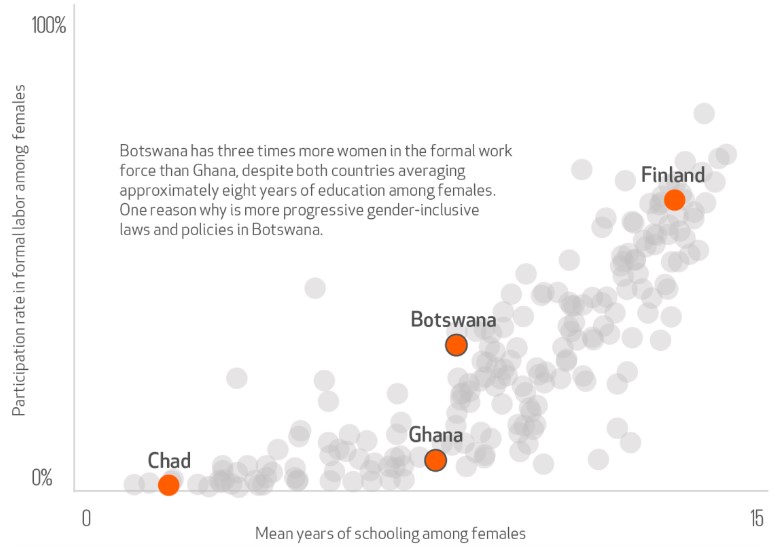 Barriers that prevent urban women from joining income-generating sectors vary based on the economic and cultural circumstances of the country. A contextualized analysis, examining the intersectionality between gender, culture, and economics is imperative to understand the disadvantages that many educated women face in sub-Saharan African countries. This article will focus in particular on urban women in Somaliland, a breakaway region of Somalia that declared independence since 1991. In this region, women in rural areas and refugee camps are more employed than women in the capital city, Hargeisa (Figure 2). The main purpose of this article is to conduct a thorough analysis of what these barriers are so that we take imperative actions to mitigate gender disparities in the workforce.

The Disadvantages of Being an Educated Woman

The positive impacts of education are significantly reduced when the education provided leads to a mismatch between skills attained in school and those demanded in the labour market. This is particularly evident in Somaliland, a largely agriculture-based economy specializing in livestock production. In this context, the expansion of higher education resulting in the increase of highly skilled labour does not necessarily benefit Somali employers in the livestock industry. Sectors contributing the most to Somaliland’s Gross Domestic Product (GDP) generally hire unskilled labour and would rarely create jobs for college graduates in urban areas. In fact, the agriculture sector and the livestock industry create jobs for about 5.4% of urban adults. The services sector is the primary labour source in urban Somaliland. However, this sector also tends to hire unskilled labour leaving a large pool of educated and high skilled workers at a disadvantage in Somaliland’s job market (Figure 3).

The Disadvantages of Living in Tribalistic Community

The scarcity of skilled labour jobs often leads to the rise of nepotism in the workforce. The Somali culture, mostly a clan-base system, enables a work environment that is rooted in inequity. In fact, it is very common for Somali business owners to hire one of their relatives, as opposed to creating an equal opportunity for all. Tribalism has mainly affected the recruitment process in Somaliland. In addition, men are considered the head of households (Figure 4) and are often given first preference for jobs as they are typically seen as the breadwinners of their families. Once a girl completes her education, she will most likely be pressured to stay at home. The cultural norm is that women are expected to marry as soon as they complete their studies while their husbands are expected to provide for them. However, the above arguments and assumptions would require data to confirm the impact of tribalism has on urban Somaliland. 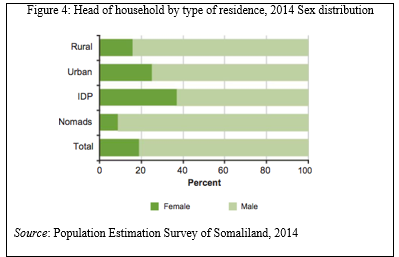 The Disadvantages of Living in Urban Somaliland

Despite Somaliland’s relative peace, the country still suffers from fragile institutions. One of the biggest hindrance to Somaliland’s economic development is the lack of foreign investment. According to a recent study conducted by Shuraako – a program by the One Earth Foundation OEF), in partnership with the Somaliland Ministry of Trade & Investment – found that access to finance for micro, small, and medium enterprises (MSMEs) is Somaliland’s greatest challenge, particularly for marginalized business owners such as women and youth. Furthermore, urban Somaliland hosts more than 50 per cent of the country’s population, a majority of whom are unemployed (Figure 5). This means that there is a large pool of educated women who remain jobless despite their level of education. According to a recent study by United Nations Office on Drugs and Crime (UNODC, 2020), there are many negative consequences that could lead to unemployment: illegal migration, drug addiction, high rates of crimes against the state, and the prevalence of mental illness. 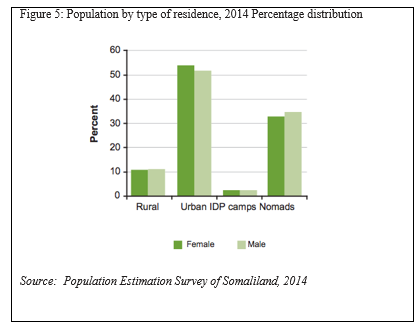 So, what happened to the urban woman, the most educated, yet the most unemployed? She is marginalized in Somaliland’s lack of skilled labour jobs, lack of gender-inclusive policies, and finally lack of foreign investment in women-led enterprises. Even if the urban woman competes with her male counterparts in the classroom and performs well, the odds are still against her. One possible limitation to this analytical paper is the lack of recent data to support the above arguments. According to the Somaliland Ministry of Labour and Social Affairs (2014), the statistical capacity of the country is non-existent at the moment. Investment in data collection regarding gender disparities in the workforce must be the first step in developing an inclusive economy that caters to a vulnerable population such as unemployed women and youth. Capacity building in Somaliland’s statistical analysis can also provide much-needed data and information that can help identify areas that drive fragility in Somaliland. 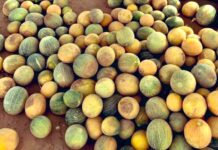 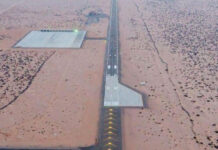