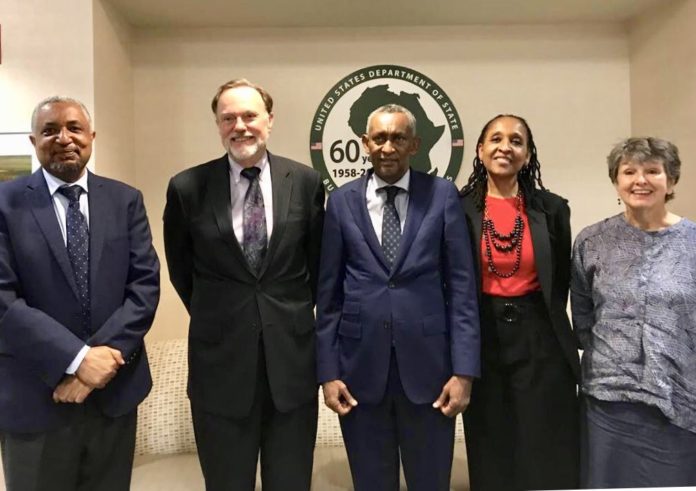 During the high-level talks, the IGAD Executive secretary and Assistant Secretary for U.S. Department of State’s Bureau of African Affairs Tibor Nagy discussed on a wide range of issues from the US government diplomatic support to IGAD regional initiatives ⁦, developments in Sudan, South Sudan and Somalia-Kenya relations.

Amb. Maalim commended the US government for generously supporting South Sudan peace process and stabilization efforts in Somalia. “The US is at the forefront of democratization efforts, peacebuilding and humanitarian response in the region”, he added

We had a good meeting with IGAD Executive Secretary @amb_mahboub to discuss efforts at regional integration and economic development in order to consolidate peace and security. pic.twitter.com/5NawMUAPkj

The two sides also called for enhanced dialogue between the Federal Government of Somalia and the Federal Member States and that peace is consolidated throughout the country.

Meanwhile, The Intergovernmental Authority on Development and US Department of State’s Bureau of African Affairs has jointly welcomed the willingness of Somalia and Somaliland to start the dialogue. Igad top official confirmed to Horn Diplomat