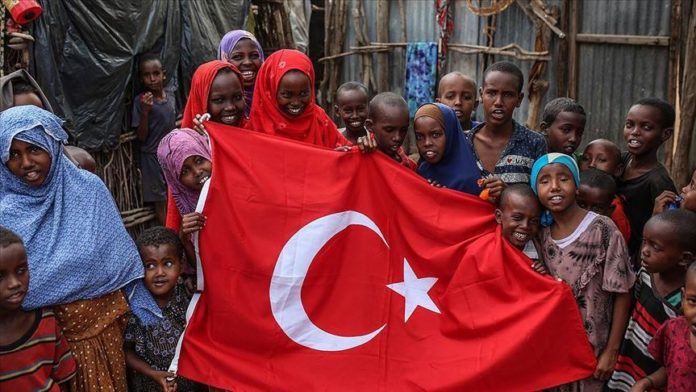 Somalia is thriving due to aid from Turkey in mostly development and social projects through the Turkish Cooperation and Coordination Agency (TIKA).

Speaking to Anadolu Agency on Tuesday, TIKA‘s coordinator in Somalia, Galip Yilmaz, noted that Turkish projects in Somalia have changed the country, providing jobs to thousands of Somali citizens and creating a booming economy and many business opportunities.

“We have established an agriculture school in [the capital] Mogadishu, and over 400 students across the country are engaged in advanced agricultural studies there,“ said Yilmaz.

“We also built the most advanced and modern hospital in East Africa in the capital,“ he said, referring to Recep Tayyip Erdogan Hospital.

He said TIKA has also rehabilitated mosques, schools and roads throughout the country.

The Turkish envoy noted that just recently, TIKA had renovated Somalia’s parliament in the capital, which was attacked and bombed by al-Shabaab militants in 2014, leaving 10 people dead, including lawmakers.

TIKA noted that it had reconstructed and furnished the parliament buildings.

“Our projects include education, health, infrastructure and other development programs, and we [Turkey] will continue to support the Somali̇ people,“ he added.

Poor transport systems that were inhibiting business from thriving are now a thing of the past with new roads that TIKA has constructed.

Aside from beekeeping projects, TIKA has also established 30 orphanage centers across Somalia where orphans live and study.

TIKA has also set up 25 waterwheel projects in Somaliland and 20 in Somalia to boost irrigation systems and power output.