Horndiplomat-This Monthly newsletter from the Election Monitoring Office provides a brief description of the political events that occurred in Somaliland, mostly relating with the election process. CPA was established to help the countries of Horn of Africa region to build, peace, democracy, human rights and effective governance systems where all citizens are equal. CPA is based in Hargeisa, the Capital of Somaliland.

165 days are remaining from the date assigned for the elections of House of Representatives and Local Councils in Somaliland – The Election Day is scheduled on March 27, 2019. But, there are enormous hinders on the occurrence of the elections. These emerging issues can affect the election plan and preparation, if not come up a quick plan to solve the challenges, it is very difficult to hold the election on time because of the short period and the tasks which are needed to be done before the election date. Also the stakeholders are not on the same side how election will happen and still there is no common agreed plan and roadmap about the upcoming elections between the political parties.

Challenges to hold the election of parliament and local council elections on time.

Following are the most vital challenges on the upcoming Parliament and Local Council elections:

For Example Awdal and Eastern Regions are complaining about the current seat allocation formula and the representation of the parliament which they believe it is unfair. They are lobbying to redistribute the seat allocation to have more seats in the lower house of the

Parliament. This issue has its own political weight in the election of House of Representatives.

A. To select a committee from the three political parties. The committees consist of 18 members. The committee is mandated to settle and bring the solution of the upcoming election key barriers

B. To arrange special meeting between the president and two chairmen of the opposition parties to discuss emerging change in the region and as well as the role of Somaliland. 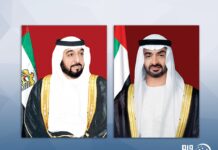