The health is a pivotal factor for the existence of the human being, it is the biggest factor that determines how long will a nation develops. It determines the hope of that nation, since human being are the only source that shape the boosting of economics and the other infrastructures.

A country whose mortality and morbidity rates are on the peak is taken as a botched nation. Therefore, Somaliland needs to tackle about its extensive health issues.

Somaliland is the worst place to be a mother, it is a place where mothers lose their lives immediately following mother-hood. The rate of maternal mortality rate is at the climax and a hope of being a mother is at bleak. No one can dare getting pregnant nor giving a birth. Among the worst determinants of this,  is that the health facilities are not equipped for the supporting the reproductive health.

In Somaliland mothers are encouraged by the traditional healers who divert them from the modern clinical practices. Mothers are encouraged not to space their children also not to attend at the health centers for ANC follow up or giving a birth. In Somaliland the maternal ANC coverage is the worst places to count as even existing!. I have been living in Somaliland in the last 22 years while i was coming periodically in the last 5 years and since that i haven’t seen any mother attending at the MCH for ANC follow up.

This had not influenced by the scarcity of health facilities alone, but also being a pastoral society is the biggest factor, this had made the mothers not to attend at the modern health sessions rather they prefer attending at the harmful Traditional gatherings like FGM, uvulectomy, taraarin( a well-known gathering made for near term pregnant women), because the traditional healers always establish their camps nearby them which is enabling for them to interact with.

This had made Somaliland to be the worst place to a mother.

Hence, lack of health education, being a pastoral society and being dominated by traditional healers are not the only factors that have led Somaliland being as the “ hell of mother-hood” but the modern clinical practice is at stake too!. There is no any point that you can be proud of when it comes to this modifiable factors rather you will go for mourning!, because when you go to the main health centers what you encounter is ZERO ANC, PMTCT and CONTRACEPTIVE coverage.

If you glance at the charts you will encounter a countless death due to easily preventable etiologies, among them is the bloody obstetric business, the bleeding that comes during, around and after pregnancy ( ANTE, PERI AND POST-PARTUM HEMORRHAGE) in which a young famous female activist has bitten of the dust earlier this month #RIP( this incident has happened in the biggest commercial city of Somaliland, berbera; which the 4th largest city in Somaliland) this is so remorseless!!!!. When a such cities are dying of maternal bleeding what about the periphery where health coverage is so poor or even is not existing?. this makes Somaliland one of the countries in the horn of Africa with the highest rate of MMR ( maternal mortality rate)

When you go down deep to excavate the exact causes of these you will encounter that Somaliland is the harborage of the three reproductive delays, Somaliland which has been living with peace and stability in the last three decades is still that mother, what a disgraceful!.

By the way, these three reproductive delays had led the prevalence of HIV/AIDS, STI, BLEEDING, FGM, HOME DELIVERY AND DEATH should be at the top in Somaliland according to the neighboring African countries.

Due to this death, prolonged labor, STI, early divorce and depressions are the piercing factors in the quality of women’s life.

Supplementary, poverty, lack of nearby health facilities, ambulances and appropriate roads for transporting laboring mothers are the determinants of poor health coverage.
Mothers on the rural areas don’t meet with primary health workers( health extension workers) , the health centers and post in the periphery are almost closed or even if they are open the expected health workers with qualities are not attending .

Those health posts and centers are there by name, some of them don’t have ambulances or even a ANTIBIOTICS, ANTI HYPERTENSIVES or ANTI DIABETICS to deal with certain complaints. They don’t have any laboratories nor skilled lab technicians, let alone these even their presence is null. In the remote eastern and western regions of the country mothers get pregnant, continue pregnancy with lucky and give birth with chance too.

Due to this,  mothers always die indoors, on their way to the nearby health centre or even during their referral to the main hospitals; in which some of them even don’t come up with the expected qualities to treat such a complicated cases. Most of our G. GOVERNMENTAL HOSPITALS are closed specifically those in the remote areas.

Those hospitals were run by some INGOs previously whose main responsibilities were to provide financial, technical and administrative supports, but most of them had left the country due to certain irregularities and this had led them to be slammed. Now, we have few functioning hospitals like HGH which is the most equipped referral hospital despite some administrative irregularities.

Also, the general health status of the nation is at bleak, there were certain cholera epidemics and still apart from being controlled there were no certain ground deterrent rules that had been established for future recurrence so this is a flag sign yet!.

The chronic illness are also on the trend now a days, i.e the Diabetes, Renal failures, chronic liver disease, depressions, secondary infertility and the other vaccine preventable. Therefore certain studies and protocols should be established on this new emerges.
Our borders are receptive, they don’t have health posts to control or diagnose infectious cases nor we don’t have screening measures at that checkpoints and as we know we are living in a region where outbreaks, HIV/AIDS AND OTHER PREVENTABLE diseases are common; so having an eagle’s eye and plans should be our top priorities.

Not only these, now a day’s our health system is incorporated with a foreigners who are practicing in the country, some of them don’t have the required criterion to be met with, while others are just brought by a native brokers who have a commission on their salary and a such habits are the main factors that had led the rise of the iatrogenic diseases, so that setting certain ground rules should be added on our to do list and in order to avoid such expatriates our ministry of health should plan a scholarships for the national doctors, high school graduates and the other Para-medics.

On the other hand, Doctors are the military for the health so that proper salaries, proper capacity buildings, proper allocations and retirement policies should be formulated, also the locally studied medical students are complaining of internship related issues so their grumble needs  to be solved and looked into wisely.

Hence, those hopeless citizens are expecting from this new administration of MUSE BIHI a lot of moves towards their health and with this the new president appointed 3 days back the minister of health to a well know medical expertise who has been working in the field of health in the last 30 decades.

Finally, Mr. President and newly appointed minister we are looking for the following:-

You will hear that there is a nepotisms, bloody business and incompetence in heart of those national hospitals.
3. Health policy reassurance.
4. Establishment of health partners.
5. Decrement of the health tourism.
6. Launching of national health statistics and demographic department.
7. Strong National HIV/AIDS COMMISION with updated policies and qualified director.
8. ZERO FGM policy.
9. Public health policy.
10. Local municipalities must involve in the reduction of the three delays by building supporting infrastructures. 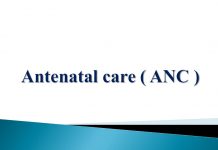