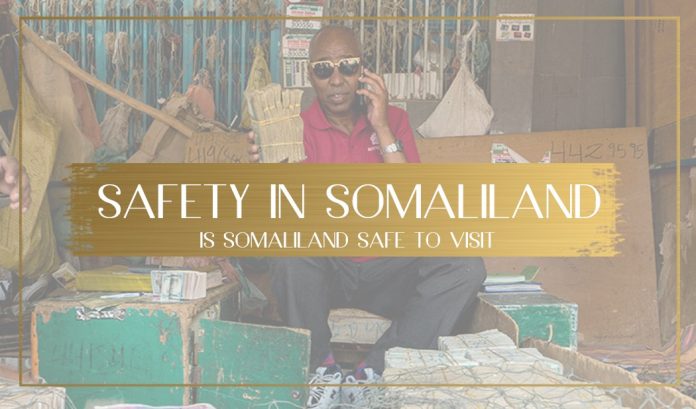 Somalia and tourism are not quite the words that usually go together in the last few decades. But Somaliland, on the other hand, is a completely different story. Although Somaliland is a part of Somalia, in many other aspects they are completely different. Somalia is famous for its pirates, but Somaliland is well known for its hospitality, especially to tourists. That is why you should definitively consider visiting this, more than interesting region.

Somaliland – Where Is It Anyway?

Somaliland is an autonomous region, located in northwestern part of Somalia. It is famous for its amazing beaches along the coast of Gulf of Aden. But the beaches are not Somaliland’s only natural beauty. Namely, the eastern part of the region is completely surrounded by high mountain peaks that go up to seven thousand feet. That is the main reason for a pleasant climate, which is quite cooler here than in other parts of Africa.

The whole region is really beautiful, especially the Awdal region with its small offshore islands and coral reefs. This region is quite near Somaliland’s major tourist destinations – Hargeisa and Berbera, too. Hargeisa is its capital city. It is one of the safest places in Somalia and entire Africa, and Berbera is its biggest port and most important economy centre.

Reaching Somaliland should not be a problem since there are two big airports in both Hargeisa and Barbera. All of the major cities have a very good public transport, which is perfect for getting around and exploring the region. Most of the natives are friendly and you should not have any difficulties while staying in Somaliland.

Somalia and Somaliland – A Difficult History

Most of the people are quite confused when they hear a name Somaliland. It sounds almost just like Somalia, but there are a few differences. Namely, the entire country – Somalia – has a rich and colourful history. It has been a home to various native dynasties and cultures but it was also under the influence of other civilisations such as ancient Egyptian or Roman civilisation. In the early 7th century, Somalia has come under a strong Islam influence, which remained the dominant religion until the present days.

The real trouble in Somalia began in the 19th century when different European countries started to colonise the entire continent. The British had finally gained control over the narrow coastline and the central parts came under Italian control. In the 1960s, Somalia finally managed to gain independence but the internal differences have soon started to show up. Unfortunately, the situation escalated in 1988 when the civil war began. It tore the country apart. That is why Somaliland declared its independence from Somalia in 1991 and it is recognised only by a few countries.

Today, Somaliland is a peaceful region which is trying to rebuild itself. They have had democratic elections and started to invest in tourism. It seems that their efforts are starting to show some results since Somaliland has a continuous rise of foreign visitors each year.

The best place to visit while in Somaliland is its capital city Hargeisa. It is a modern city which is developing fast, but also a perfect spot for new adventures. You should definitively visit its provincial museum where you can get all the info you need about this region. The history of a whole Somalia will probably be much clearer to you after this visit. You should also chek out the impressive monument called The MiGJet which is dedicated to the victims of the Civil War. Don’t miss the chance to enjoy the amazing nature around the city such as the twin hills of Naasa Hablood.

Berbera is another great city worth visiting, and especially those who enjoy nice beaches should definitively not miss it. Berbera is the water-sports centre of the region. You can also take the nomadic tour to see the native way of living or a religion tour to check out some of the ancient holy sites and mosques. There many other attractions one should see but these are definitively those you must see once you arrive in Somaliland.

Hotels In Hargeisa And Berbera – Cheap And Affordable Lodging

Once you choose to visit Somaliland, searching for a suitable hotel is inevitable. Cities like Hargeisa and Berbera offer a list of good and affordable hotels. Hence, if you travel on a budget, you will not have issues in finding accommodation. The hotels in the centre of the city are perhaps the best solution since they are close to the main monuments, markets, and restaurants. In most of them, you will find a peaceful and quiet atmosphere. So, you will have plenty time to take a rest and enjoy your vacation.

Thus, Oriental Hotel in Hargeisa is placed in the heart of the city and offers middle-sized and functional rooms with bathroom. The hotel has also a restaurant with decent food, but if you just leave it and go to one of the restaurants in the centre, you will quickly understand that food in Somaliland’s restaurants is far better than in Oriental Hotel. In addition, in case you have a light sleep, be ready for the early morning prayers from the mosque placed just next to the hotel.

Another good choice in Hargeisa is Hadhwanaag Hotel. It is situated five-minute walk from the main tourist attractions. As with a previous hotel, you will surely get clean rooms with sheets, air condition, and plenty hot water, but it may occur that you ask for a fan several times. Personnel is nice and polite. However, it can happen that they forget about something or they do not understand you entirely. The good thing about Hadhwanaag Hotel is that their food in a restaurant is so delicious that you could just remain in the hotel for couple more days just to have meals.

You may also consider Jirdeh Hotel Hargeisa, which is a bit farther from the centre of the city but has nice rooms and excellent prices. It is a good option to think of as well.

Finding accommodation in Berbera will be harder perhaps since hotels in this city are almost always booked in advance. One could say that hotels in Berbera are full during the whole year. An excellent solution is Maan-Soor Hotel. It is not placed in the centre of the city, but it will surely surprise you with its offer and security arrangements. Maan-Soor Hotel looks great on the outside as well as on the inside. The rooms are somewhat simple but very clean. Of course, the food in the hotel is outstanding, so be sure, you won’t be hungry in Somaliland.

Cuisine In Somaliland – Get Used To Eating Camel Meat

Eating in Somaliland means tasting a delicious Somali cuisine. Although restaurants in Hargeisa, Berbera, and other cities will turn to offering you western food, don’t eat it, because traditional Somali food is so much delicious. Their cuisine is influenced by different other traditional cuisines, such as Arab, Turkish, Yemeni, Persian, and many other. Food in Somaliland is cheap, and not so diverse. But one thing is for sure – you will eat a lot of camel meat in Somaliland. Also, be prepared to eat loose rice with your bare hands because the Somali eat it this way. No breakfast can pass without eating lahooh, a spongy pancake-like bread. It is sweetened with sugar and honey and then soaked with a cup of tea. Don’t leave the country without trying it. You will be thrilled by lahooh, for sure. There are also different sauces on the offer. For instance, green chilli and coriander sauce are well-known and popular in Somali cuisine, and it is added to meals on a daily basis. Thus, if you start wondering what is that green stuff in a bowl, just remember it is tasty and don’t miss adding it to your camel meat.

Things To Do In Somaliland – Markets And Beaches Are A Must

Although you may think that Somaliland is quite unattractive when it comes to activities during your visit, you have the wrong idea of the country. Hence, you can go shopping on some of the most interesting markets in the country, you can go diving, or beach wandering during the night. But perhaps the most interesting spot is Laas Geel, on the road between Hargeisa and Berbera.

Laas Geel will undoubtedly provide you with a lovely landscape of Somaliland. It is a place where you can visit amazing caves with extraordinary views on the entire region. Laas Geel also holds the oldest cave paintings in Africa dating back from 9000BC, they are among the best preserved in the world for their age.

Hargeisa has a lovely market that is suitable to visit in the afternoon. You will find vendors sitting in their chairs and drinking tea with their colleagues, and they will always be extremely friendly and ready for small-talks. Markets in Hargeisa will offer you everything you may imagine, from raw meat to the finest perfumes, jewellery, and clothing.

The Berbera beach is not a famous place for its clean sand. On the contrary, you will surely find a lot of trash along the beach while taking a walk at night, but what you certainly won’t find is another tourist. Namely, only locals gather at night in this place. They play in the sand or go for a dip.

Have you been to Somaliland? would you be tempted to visit? Let me hear your thoughts in the comments below.