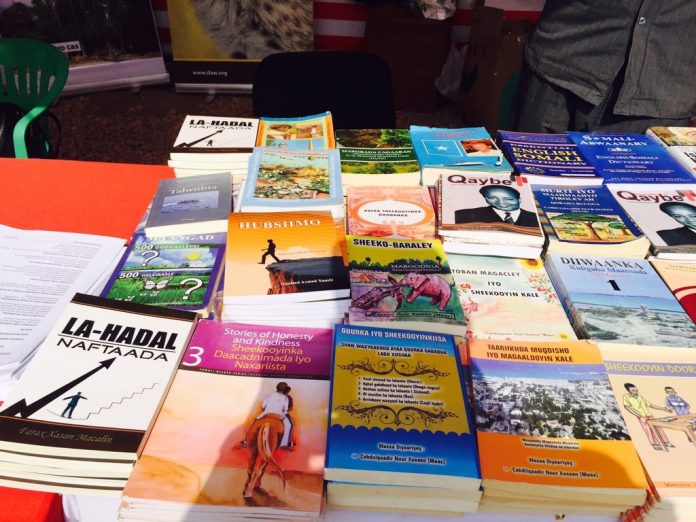 The Hargeisa International Book Fair (HIBF) concluded Thursday evening, the 27th of July, with a vibrant and jam-packed closing ceremony. This was after an entire week of countless mind-engaging and heart-warming activities and events held throughout the city in ten different locations to mark the 10th anniversary of the fair. In celebration of this incredible occasion and to better connect the guests with Hargeisa city, the bustling and ever growing capital of Somaliland.

The tenth anniversary of the HIBF serves to remind many who were there since the very beginning of how far the fair has come. That ten years prior, this fair may have seemed unsustainable given how books and reading were not all that commonplace within the Somali society. And yet, despite the odds being seemingly against him. As each year passed Jama Muse Jama, did not grow tired of holding the book fair constantly during the summer, every single year. It was with that steady and unrelenting pace that the people of Somaliland have slowly grown accustomed to what a book fair is essentially all about. A model that was soon emulated by the neighbouring Somali regions upon the fruition of its success as was remarked many times by the guest speakers.

And over the years, HIBF has grown to become a place where people from all walks of life could come together to discuss relevant ideas and issues. All the while learning and being exposed to a different viewpoint, culture and ethos from the international guest speakers who come from diverse backgrounds.

This particular book fair of twenty seventeen however, was different from its predecessors. From the beginning, one could notice in the weeks leading to its opening, the growing energy that filled the city of Hargeisa as both young and old alike impatiently waited for the fair to begin.

A noteworthy development of this year’s HIBF was that ninety percent of books that were on display were written by local Somali authors. This is compared to when the fair began in its first year with a ninety percent display of books by foreign writers and this is considered to be quite the achievement. One the founder and his stout supporters can consider a badge of honour and pride not only for the book fair but for Somaliland as well.

It should also be noted that over the HIBF has grown to become not just a festival of books. But also a festival of song, dance and an immense cultural experience showcasing the very best of what Somali culture has to present to the world. There was a night of poetry worthy of the nation of poets that captivated hearts of the crowd. And at Hido Dhawr people were able to listen to the melodious voice of the renowned Sahra Halgan along with other prominent singers while dancing the night away to their songs.

With this year’s theme being connectivity, the fair has very much managed to live up to the theme. Connecting people in more ways than one.

From the social media presence run by a driven army that managed to score a massive million views during the 6 days of the book fair across YouTube, Instagram and Twitter. Their determination provided great exposure to the fair by placing Somaliland on the world map. Connectivity also worked through the volunteers who tirelessly worked to make the fair the achievement it became. And finally, to the founder, Jama Muse Jama, who had a dream to build a place in the hopes that the people, from all walks of life and places across the globe could come and connect.

HIBF has proven to become not only a book fair but also a hub of culture, knowledge, tolerance and unity. A place where people come together to celebrate diversity while forging friendships that are meant to last a lifetime.

Here is to wishing many more years of rising success to this remarkable book fair. May it grow and flourish and further illuminate Somaliland; its talent, its culture and its unrelenting vitality, to the rest of the world.