Living my dream” are the words that hijab-wearing “influencer” Ruba Zai uses in her bio on Instagram, where she goes by the name HijabHills.

It’s an apt statement. Within three years, the 23-year-old has gone from being a little-known Muslim fashion blogger in the Netherlands, humbly sharing her hijab-tying tutorials through social media, to becoming a face of Dolce & Gabbana and YSL Beauty, and racking up a million followers on Instagram. In the wake of Somali-American model Halima Aden’s success, Zai is yet another example of a Muslim woman making a name for herself in mainstream fashion.

Zai, who announced through a romantic, bump-cradling post last week that she and her husband are expecting their first child, has quickly emerged as one of the world’s leading hijab-wearing social media influencers.

The Afghan-Dutch fashion blogger travelled to Morocco this summer with Dolce & Gabbana, to produce a campaign that was promoted over Ramadan and Eid. The opportunity of a lifetime was presented to Zai soon after Stefano Gabbana started following her on Instagram, and began liking her posts.

“At first, I thought I was being cat-fished,” says Zai, who was convinced that it was a fake account. The co-founder of the Italian label couldn’t possibly be taking notice of her, she thought. “But sometime later, I received an email from Dolce & Gabbana saying that Stefano likes my style and wants to work with me,” she says. “It was truly a dream come true.”

Having handpicked Middle Eastern influencers like Dubai- based Ahmad Daabas and Lebanon’s Lana El Sahely to walk in recent runway shows, Dolce & Gabbana has its eye firmly fixed on the international market, particularly the Middle East.

The fashion house first launched abayas in 2016, and asked Zai to model the bold, patterned designs from its latest range, along with its extravagant eyewear designs.

The famed duo gave the blogger creative freedom over much of the project, as opposed to treating her like a mannequin, she says.

“I felt like the Netherlands would not do any justice to the feel and vibe we wanted to create. So I told them, let’s do it in Marrakech – it’s close, and it’s gorgeous.”

The luxury label flew her, and two friends, out to Morocco. Zai says that the experience was a joy, and that at no point did she feel uncomfortable. “Everything was super relaxed,” she says. “I had full control over the production and felt very much at ease.”

Photographs of Zai robed in the floral and leopard-print abayas were taken at souks and resort courtyards, and against majlis-style backgrounds. The young blogger pulls off the powerful patterns with flair, looking like a seasoned model in some pictures.

When Dolce & Gabbana posted images and videos from the Morocco campaign on Instagram, they received up to 70,000 likes each, plus lots of supportive comments from fellow Muslims and women who were delighted to see a Muslim face on the Dolce & Gabbana Instagram page. There were also comments from a few resentful users, who claimed that by promoting the image of Zai wearing abayas and headscarves, Dolce & Gabbana was somehow endorsing Islamic extremism and the oppression of women.
“I think that the brand truly wants to represent every kind of woman, and the hijabi woman is one of them,” says Zai, adding that she hopes that her partnership with Dolce & Gabbana will help bolster the image of the empowered Muslim woman. “For other hijabis, whether they are influencers or not, it shows that anything is possible, even with a hijab,” she says.

Zai also featured in a YSL Beauty campaign celebrating the 25th anniversary of the brand’s Touche Eclat range last month. She says that her collaborations with these global brands have helped grow her own social-media following immensely. “It grew like crazy,” are her exact words.

Today, both Zai and her husband work on the HijabHills account full-time. And even though the couple has a baby on the way, Zai plans to maintain an active social-media presence. Campaigns with luxury labels, she hopes, are not the climax of her career as an influencer, but rather a new chapter for her to explore. “I love collaborating with different brands and I will definitely be doing projects to change the world for the hijabi woman,” she says. “It’s time to show the world what we got.”

Women and inequality in Somaliland 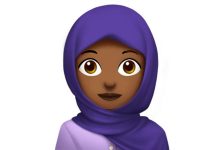 Somaliland:Female teachers in Somaliland aim for the top after graduating from management course

What the hijab means to me