THT-(Hargeisa): The government has footed the election bill that is to cater for the remainder of tasks in the forthcoming Presidential Elections.

The state is living by its pledge, wish and want to see to it that the forthcoming elections scheduled for the 28th March 2017 is held as stated.

In a function held at the Presidency yesterday, the state reiterated the same facts as it handed over a 4 million US dollars cheque to the National Elections Commission (NEC).

While handing over the cheque to NEC chairman Engineer Abdiqadir Iman Warsame, the Finance Minister Hon. Zamzam Abdi said, “As far as you all know the forthcoming Presidential elections is scheduled to be held on the 28th of March 2017.

She continued, “Going by the pledge given by the Head of State that polling day should be held as planned and not postponed at all by even a single day, we hereby adhere to our commitments and hand over this 4m USD cheque to the NEC”.

She went elaborating further, “It is incumbent upon the government to hold the elections in time hence it is true that the NEC was slightly wary about the funding since hiccups that delayed matters occurred thence we (the state) had to step in and foot the bill”.

She said that wherever bottlenecks occur in such issues concerning elections it was the government’s obligations to address the matter.

She said that it was a fact that there were institutions that eked in the support of holding elections but that the state cannot allow unnecessary setbacks to delay the elections at all.

While receiving the cheque, chairman Eng. Abdiqadir said, “I hereby confirm the receipt of a cheque of 4 million US dollars this day (Saturday) of the 22nd of October 2016”.

He said that the amount given was to cater for the remaining portions of the tasks in the electioneering processes.

“Now that we’ve completed the task of the registration of voters, the money will be used for the printing of the voter cards, the distribution of issuance and preparations for the voting of the forthcoming Presidential elections”, said Eng. Abdiqadir.

He thanked the Head of State and the government, the Ministers of the Presidency and that of Finance whom he said were always at hand to see to it that things ran smoothly.

The chairman also extended his gratuity to the heads of the three official political parties for the good inter-working relationship cherished.

The Minister of Presidency Hon. Mohamud Hashi Abdi echoed his colleague’s words but went on further to expound on the importance of the government’s commitments to the cause.

He said that the government was expediting its pledge made on the 25th of August 2016 on keeping its part of the bargain as far as holding of free, fair and timely elections was concerned in the country.

He said that in a meeting that included the International Community (IC) partners who always supported Somaliland in this exercise and attended by the political parties, the N.E.C., the government made the pledges through her representatives who were the minister himself and his finance and planning colleagues.

He revealed that with the dishing out of the 4 million dollars cheque, the state has footed 40% of the bill which is more than what it was supposed to.

He said that it was incumbent upon the state to adhere to its obligations hence the government was every time on hand to help the commission on whatever factor needed from the administration.

He said that the money was to cater for all the necessary costs need including the preparation for the elections itself.

He noted that the fete achieved by the state was not mean at all and that time will tell.

He said that the IC always stood by SL and the country still welcomed them to continue their support.

He revealed that if no serious help is got the nation will have a great consultation within to chart her course.

The chairman revealed that some of the NEC commissioners will leave the country today to meet with our IC partners hence ponder on how they (IC) would indulge in the forthcoming elections.

The IC were irked by SL’s decision to separate the Presidential and parliamentary elections recently and opted not to continue it’s support if the decision is not rescinded.

The matter is pending in the country’s Supreme Court awaiting constitutional interpretations since the parliament itself had vote for the separation. 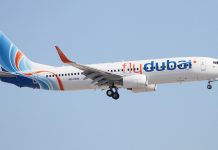