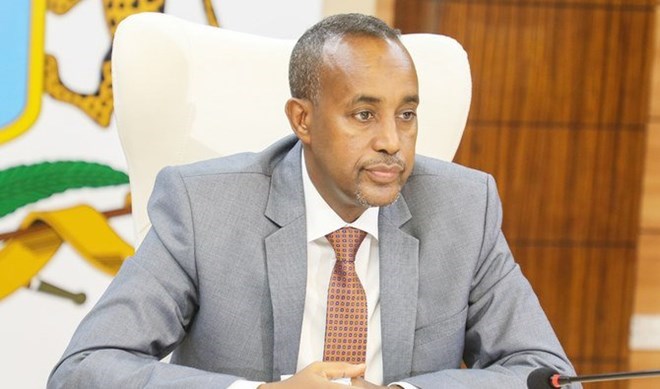 Somali Prime Minister Mohamed Roble has called on Somalis to unite in order to defeat terrorism after the death of four footballers in a roadside blast on Friday.

Roble condemned the terrorist attack in Kismayo town of the Lower Jubba region in Jubaland State and called for an immediate end to hostilities between the two sides.

“I send my condolences to the families of the victims, the administration and the people of Jubaland. Terrorist acts must not prevent us from achieving our goal of peace and state-building,” he said in a statement issued on Friday evening.

Four people were killed and ten others wounded in a terrorist attack targeting a bus carrying football players to a stadium in Kismayo town in Jubaland, southern region.

Roble called on the people of Somalia to unite against al-Shabab terrorists who are against the peace and development of their country.

The prime minister wished speedy recovery to all those injured in the latest attack which came a day after the elections of the Upper House representatives.