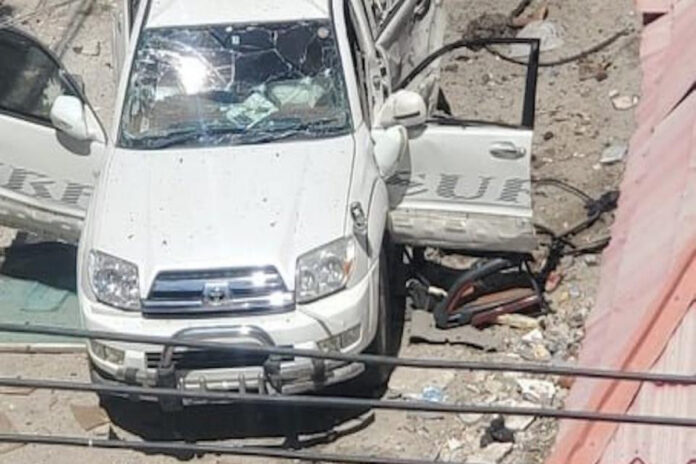 Somalia’s government spokesperson was wounded on Sunday in an explosion in the capital suspected to have been set off by a suicide bomber, a Reuters photographer and state-run media said.

The photographer at the scene of the explosion reported seeing body parts lying on the ground outside the house of Mohamed Ibrahim Moalimuu, who has been rushed to a hospital.

State-run Somalia National News Agency said on its Twitter account that the blast at a junction of a Mogadishu road was from a suicide bomber.

It was not immediately clear who was behind the attack.