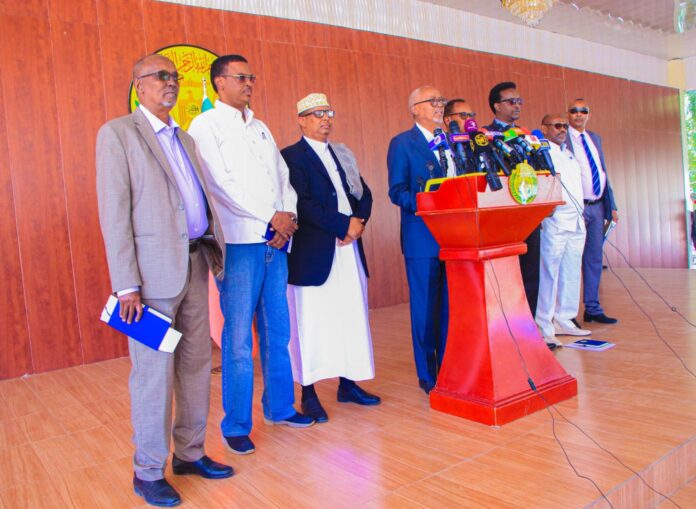 More than 810,000 people in six regions in Somalia are affected by drought, National Drought Rescue Committee said on Thursday.

The Somaliland NADFOR Preliminary Report on the Drought Situation says that Following the sporadic Gu rains in parts of the country, and the failure of the Deyr rains, there is evidence of drought in the country.

“Following the report of the drought situation, I declare that there is a drought situation in the country that has impacted all regions of the country such as Sool, Sanag, Togdheer, Sahil, the Marodijex area, and the coast of Awdal region. The drought impact assessment has directly impacted 810,000 people in need of emergency assistance such as water, food and medical care, and is also expected to impact approximately 1,200,450 people over the next four months.” Vice president Abdirahman Abdilahi Ismail said

Somaliland government said it is also allocated 3 million dollars from the government account to meet the immediate needs of drought-affected communities.

“To address this situation, the government has allocated $ 3,000,000 (Three Million Dollars) for food, water trucking and rehabilitation of damaged wells. I urge the regional drought relief committees to be prepared to play their part in addressing the current drought situation.” Somaliland vice president Abdirahman Saili added

On the other hand, the Somaliland vice president calls to UN, INGO and Somaliland businessmen to play a role in assisting and rescuing those affected by the drought

UK parliament to debate on recognition of Somaliland