Turkish President Recep Tayyip Erdoğan on Wednesday called on the nation to benefit from the opportunities presented by the government’s new economic model, calling upon Turks to put their trust in the new economic initiative.

“We need to move the potential of Turkey forward,” he told reporters in the capital Ankara after the Cabinet meeting.

The president asked the nation to trust the government’s plan and investments, especially people who keep their savings in banks.

“We know where we are going, I ask our people to be patient,” he added.

Erdoğan reiterated that he believes Turkey will post a double-digit economic growth figure for 2021.

“I believe energy and food prices will settle down to find a balance,” he said.

“With lower interest rates and stable currency, we will move production and employment forward,” he added.

Erdoğan also stated that the government “will show no mercy” for individuals that are stockpiling and trying to take advantage of rising prices in goods. 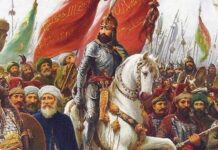 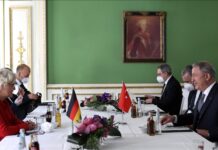 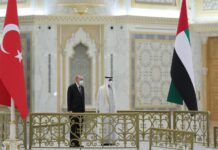 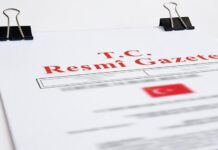