Authorities in the Ethiopian capital Addis Ababa have called on residents to prepare to defend their neighbourhoods after rebel forces from Tigray region, who have been fighting the central government for a year, indicated they might advance on the city.

The city administration said in a statement that people should register their weapons and gather in their neighbourhoods, the Ethiopian News Agency reported, news agency Reuters reported on Tuesday.

“Residents can gather in their locality and safeguard their surroundings,” the statement said. “Those who have weapons but can’t take part in safeguarding their surroundings are advised to handover the weapon to the government or their close relatives or friends.”

House-to-house searches were being conducted and troublemakers arrested, according to the city administration.

On Monday night, the Tigray People’s Liberation Front (TPLF) said they had linked up with fighters from an Oromo force also fighting the central government and said they were considering marching on the capital, about 380km (236 miles) to the south of their forward positions.

“There is a new marriage of convenience between at least a faction of the Oromo Liberation Front (OLF)
and the TPLF because Abiy has managed to alienate the Oromo, including some Amhara,” Yohannes Woldemariam, an analyst specilising on the Horn of Africa, told Al Jazeera. “And the TPLF is trying to take advantage of this situation, as well as the OLA,” he added.

The OLA is an outlawed splinter group of the OLF, a formerly banned opposition group that returned from exile after Ethiopian Prime Minister Abiy Ahmed took office in 2018. The Oromo are Ethiopia’s largest ethnic group; many of their political leaders have been imprisoned under Abiy’s government.

Tigrayan forces claimed to have captured several towns in recent days, including the strategic towns of Dessie and Kombolcha in Amhara region, suggesting they were heading closer to the Ethiopian capital.

The capture of Kombolcha, which is on a highway linking the capital of the landlocked nation to the port of Djibouti, would be a strategic gain for the Tigrayan fighters.

The TPLF had dominated Ethiopian national politics for nearly 30 years but lost much influence when Abiy took office following years of anti-government protests.

The TPLF has accused Abiy of centralising power at the expense of Ethiopia’s regional states, an accusation he denies.

Abiy said on Sunday that federal troops were fighting on four fronts against the Tigray forces and “we should know that our enemy’s main strength is our weakness and unpreparedness.”

Amid calls on social media for attacks against ethnic Tigrayans, he said “we should closely follow those who work for the enemy and live amongst us.” A new roundup of Tigrayans was seen in the capital on Monday.

The conflict broke out on November 3, 2020, when forces loyal to the TPLF seized military bases in the northern region of Tigray and the government responded by sending more troops.

The war has destabilised Africa’s second-most-populous nation, considered a stable Western ally in a volatile region, plunging about 400,000 people in Tigray into famine, killing thousands of civilians and forcing more than 2.5 million people to flee their homes. 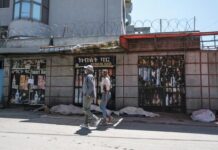 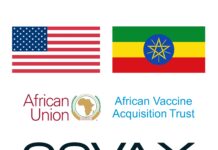 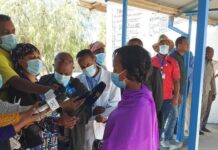 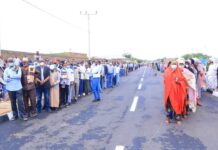