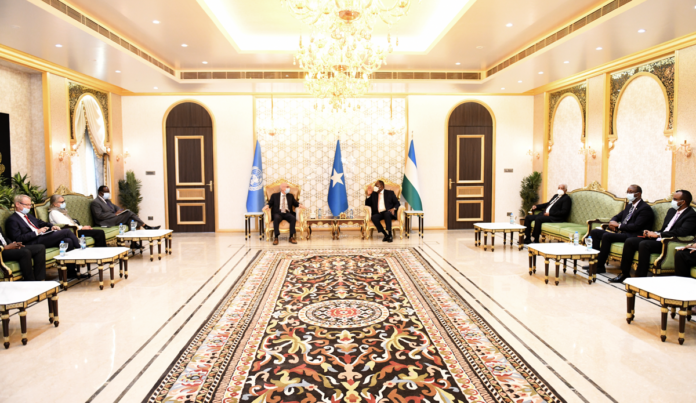 Garowe – Continuing their regular contact with the leaders of Somalia’s Federal Member States, representatives of some of the country’s international partners today visited Puntland to discuss a range of issues, with a particular focus on upcoming local and federal elections.

“On the local elections, we were heartened to learn about the progress made so far, particularly that the work of the Transitional Puntland Electoral Commission (TPEC) is advancing,” the UN Secretary-General’s Special Representative for Somalia, James Swan, said in media remarks.

The UN official was speaking on behalf of the visiting delegation after it had met with Puntland’s President Said Abdullahi Deni and members of his cabinet.

The delegation’s other members were the Special Representative of the Chairperson of the African Union Commission, Ambassador Francisco Madeira; the European Union Ambassador to Somalia, Tiina Intelmann; and the Ambassador of Sweden to Somalia, Per Lindgarde.

In addition to meeting with Puntland’s leader, the delegation also met with the Chairperson of Puntland’s State Electoral Implementation Team (SEIT), Abdikarim Muse Mohamud, and other members of the electoral body, as well as representatives of the Federal Member State’s civil society. 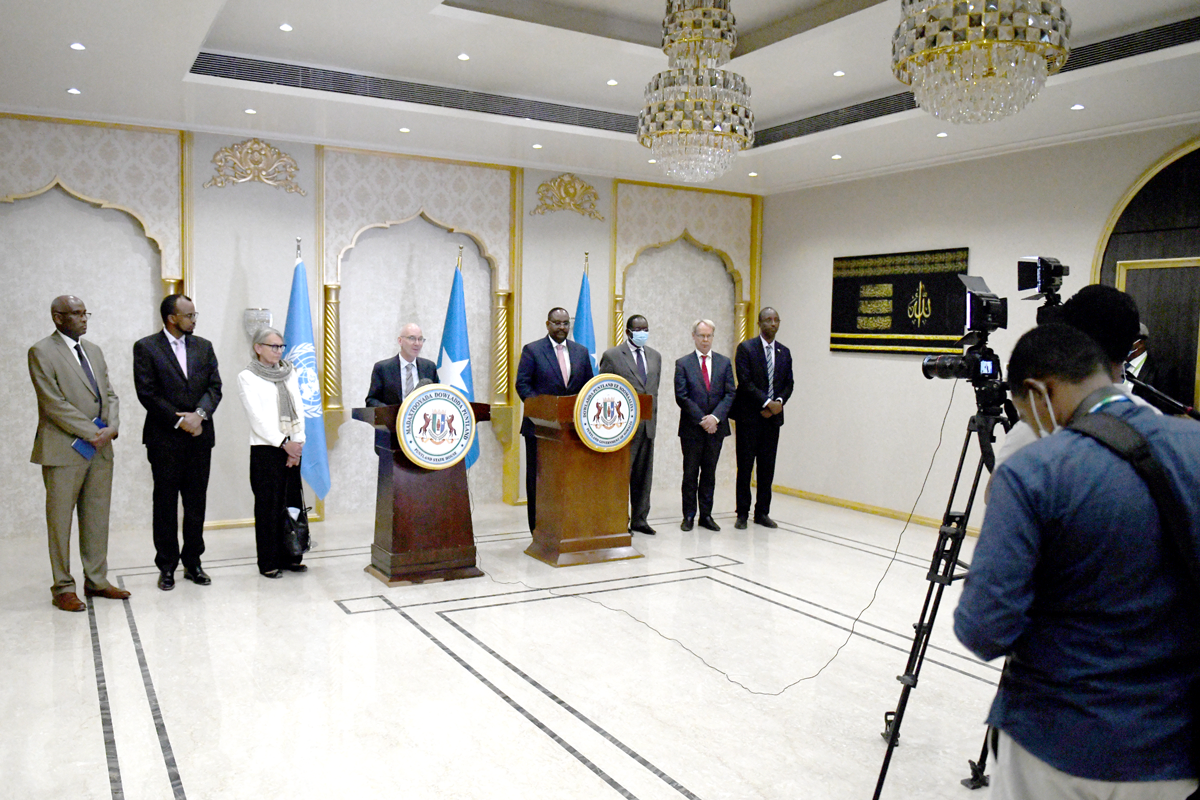 Puntland is due to hold the first of its direct, local elections – in Eyl, Ufeyn and Qardho – on 25 October. The delegation commended the TPEC, the government and people of Puntland for their commitment to holding direct elections, as enshrined in Puntland’s Constitution.

“If completed successfully, these direct local elections would be an important step in showing the feasibility of ‘one person, one vote’ elections in today’s Somalia,” Mr. Swan said.

Referring to recent tensions, the delegation also shared the international community’s concern about the risks that ongoing political disputes between national leaders may pose to the process.

“President Deni and our delegation agreed that Somalia’s leaders must continue to work together, in a spirit of national unity, to overcome differences,” Mr. Swan said. “We urge all to move forward to deliver on their commitments to hold credible national elections on time and in accordance with the 27 May Agreement.” 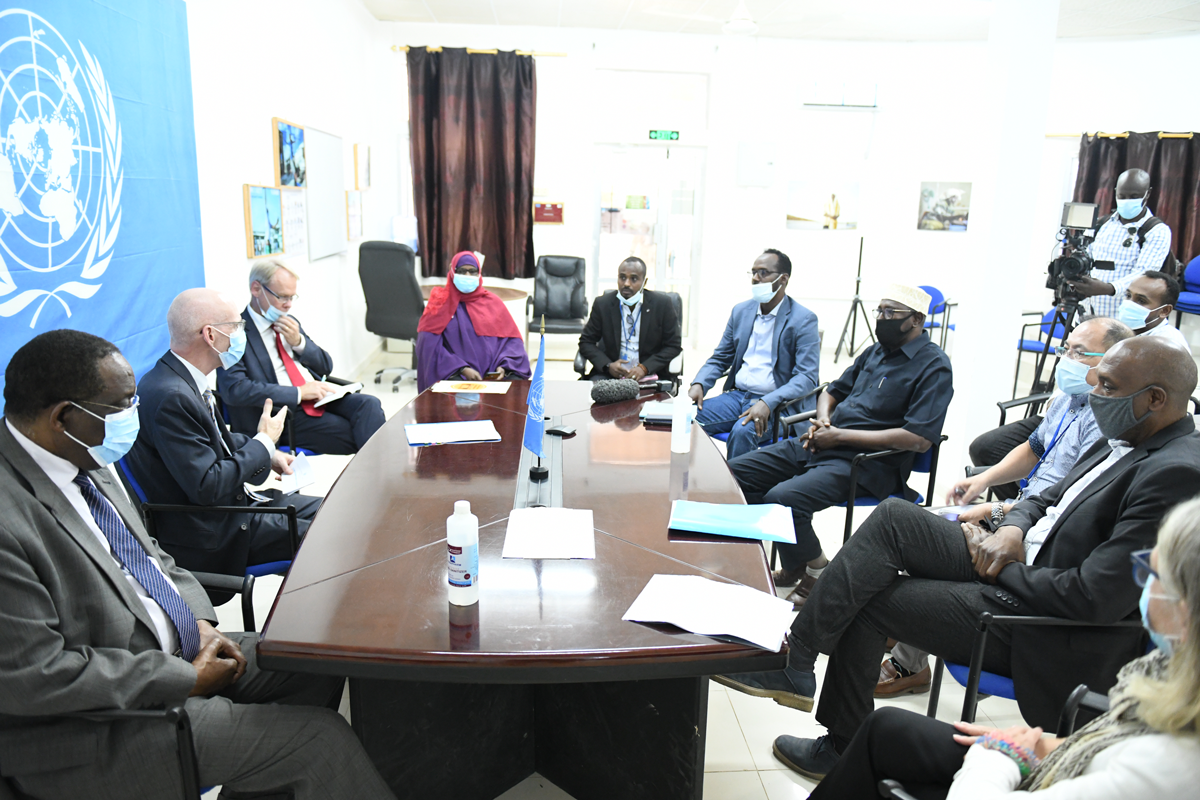 Somalia’s international partners have frequently noted how the country’s parliamentary elections are an opportunity to build on the progress made in women’s political participation and that women’s full inclusion in all sectors of society will contribute to greater resilience, peace and stability in the Horn of Africa country.

In his remarks, the UN Special Representative highlighted the importance of women’s participation in the electoral processes, both local and national.

“It is vital that these processes respect the right of women to participate fully in all aspects of public life, and that the minimum quota of 30 per cent women’s representation is achieved in the House of the People elections,” Mr. Swan said.

He added that the delegation had also emphasized the importance of ensuring the country’s political space remains open, allowing for a diversity of voices and views to be expressed.

“It is especially important to ensure political space for all – through freedom of expression, media access, freedom of organization and assembly – so that all voices may be heard and count,” Mr. Swan said.

Earlier this month, a delegation of international partners visited Baidoa, in South West State, as part of their ongoing cooperation with the country’s Federal Member State leaders, aimed at supporting Somalia on its path to greater stability. 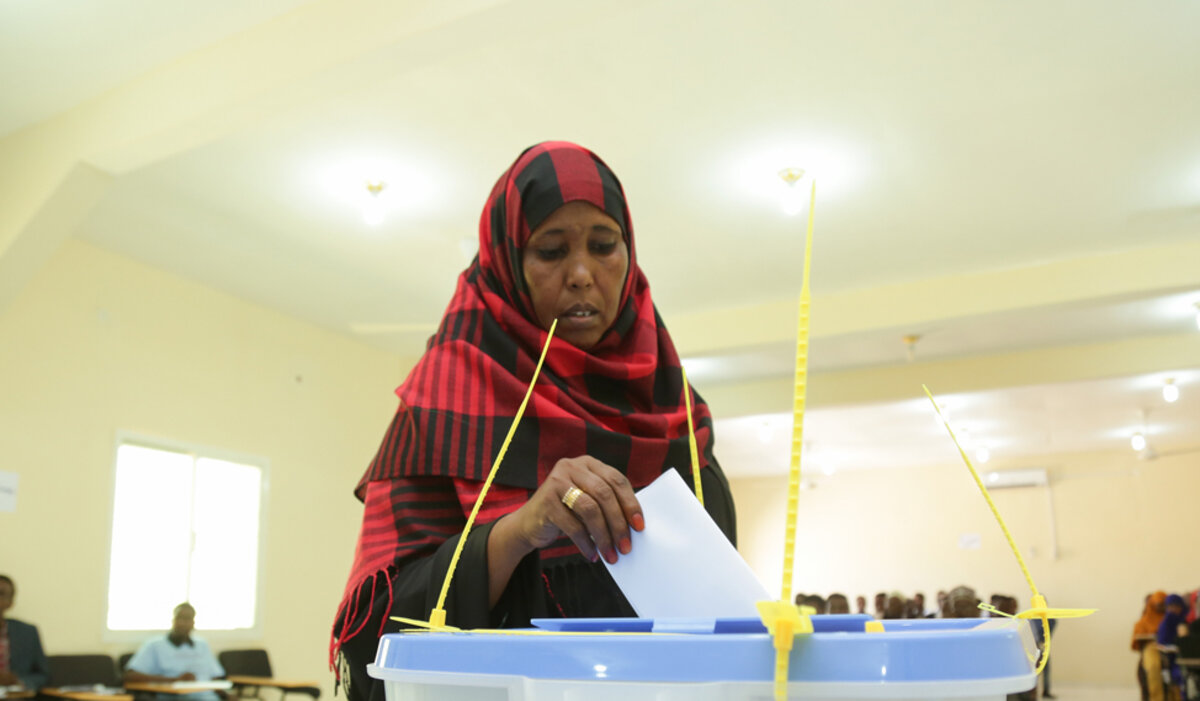