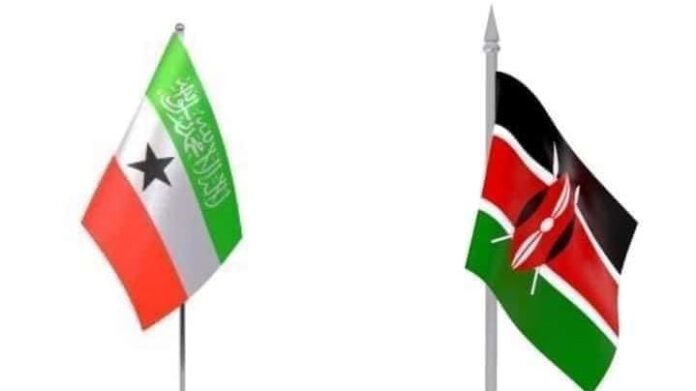 last week, a high-level delegation from the Kenya Ministry of Foreign Affairs visits in Somaliland capital of Hargeisa to finalise plans to open up a Kenyan consulate in the Horn of Africa nation.

The following statement was issued today by the Kenya Foreign Affairs Ministry.

The ministry of foreign Affairs of the Republic of Kenya presents its compliments to the liaison Office of Somaliland in Nairobi and has the honour to refer to our note MFA/CONT/REL/130Vol.1(4)of 16 August 2021 (Copy attached).

The Ministry of Foreign Affairs of the Republic of Kenya avails itself of this opportunity to renew to the liaison Ofice of Somaliland in Nairobi the assurances of its highest consideration.” said a foreign ministry statement

Nairobi has deployed Benson M. Mwaliko as Head of Liaison office in Hargeisa.Kenya & Somaliland are closely cementing their ties- the opening of an office is a massive significance on the future engagements of the two countries considering the agreements signed by Kenyatta & Bihi pic.twitter.com/mIyU2XePj9

In February this year, a strong delegation from Somaliland held discussions with the Kenya Head of Public Service in Nairobi as efforts to solidify diplomatic relations between the two countries went a notch higher.

The Somaliland delegation among them Ministers of National Planning and Finance, Mr Hassan Gafadhi and Dr Saad Ali Shire met with Kenya’s head of civil Service Joseph Kinyua in what they said was the second round of talks ahead of the opening of a Kenyan consulate in Somaliland capital Hargeisa and introduction of direct flights from Nairobi.

The team said the talks centred on the memorandum of understanding signed between President Uhuru Kenyatta and his Somaliland counterpart Musa Bihi in December last year when the latter made an official visit to Kenya.