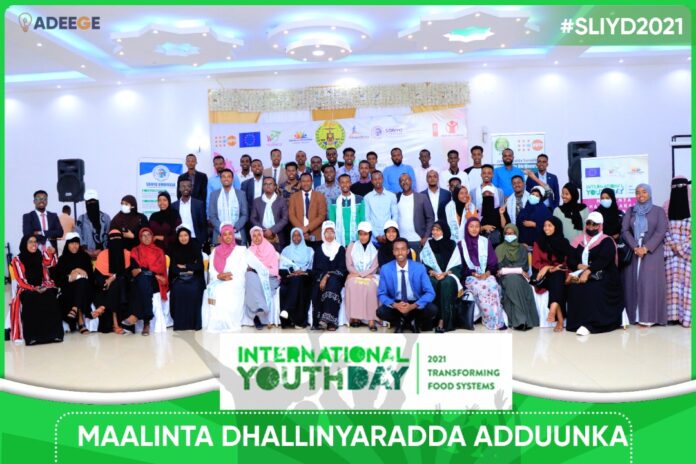 Somaliland today joined the rest of the world in taking stock of youth’s achievements during celebrations to commemorate International youth day.

Ministry of Youth and Sports in partnership with SONYO Umbrella and YOVENCO, a member organisation of Danguud Consortium, hosts International Youth Day event in Hargeisa , The event was attended by participants from across government, local and international NGOs, civil society, private sector, and the media.

“This a great day for the youth in which we commemorate annually the achievements of youth and also to recognize possible setbacks before them. this day was first adopted in 1999 in the ministerial convention of youth ministers in Lisbon.”Abdihamid Omer Director of Sonyo said

Somaliland Minister of Youth and Sports, Boos Mire Mohamed has motivated the youth to take part country’s development   “youth are the biggest elements in our nation and the success of such element is a success for the whole nation. Youth are required to feel responsible and play an integral part of the nation’s development and that’s what the ministry would lead youth to engage .”Boss Mire Mohamed Somaliland minister of youth said

Meanwhile, Sonyo Chairman Abdiasis Mohamed highlighted the pivotal role youth can play in helping Somaliland to overcome the many challenges facing it at present and in the future.  “youth has prime responsibility for the national development and it’s with a great fact that their development denotes the overall development of the nation. I would like to congratulate all the elected youth for the representative.”Abdiasis Mohamed Sonyo Chairman said

Somaliland vice president Abdirahman Abdilahi Ismail urged the country’s youth to create jobs instead of seeking jobs “I want to take the opportunity to thank all youth in Somaliland, wishing them all the best in the years to come. Every nation is dependent on its youth should it want to develop. Our country’s resource is the youth themselves. “ Abdirahman Abdilahi Ismail vice president of Somaliland said 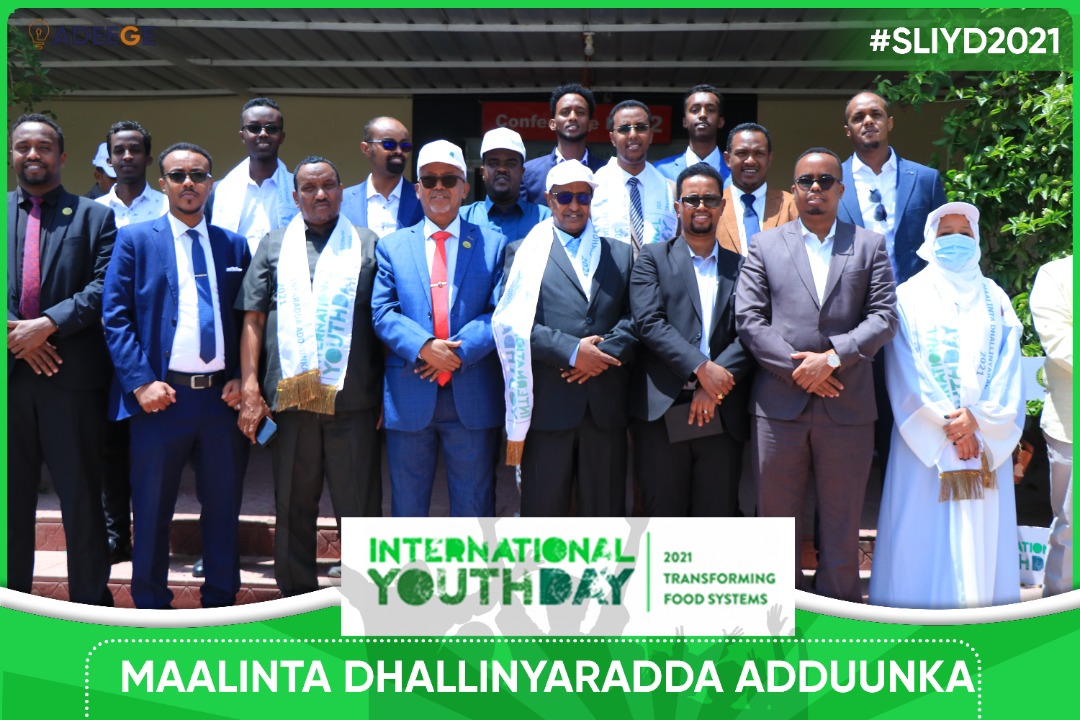 “The Government’s capacity is limited, therefore, we need our youth to think of ways to be job makers rather than job seekers . we want them to attain the innovation and entrepreneurship to tackle problems ahead. “The vice president added

Every year, International Youth Day is observed on August 12. On this day, governments and citizens across the world come together to recognise and bring attention to the problems faced by the youth. In 1999, the United Nations decided to commemorate International Youth Day every year on August 12. It was based on a recommendation made by the World Conference of Ministers Responsible for Youth in Lisbon to the UN General Assembly. The day is celebrated through various awareness campaigns, community concerts, and events to bring to notice the socio-economic and socio-political issues that the youth in every nation face.

Each year, the United Nations decides a theme that is relevant to all global communities and citizens. This year’s theme is “Transforming Food Systems: Youth Innovation for Human and Planetary Health”. According to the United Nations, this year’s theme highlights the crucial need for “inclusive support mechanisms that ensure youth continue to amplify efforts collectively and individually to restore the planet and protect life while integrating biodiversity in the transformation of food systems.” Along with this, other challenges — climate change, healthcare, social inclusion, and conservation of biodiversity — will also be addressed.

UK parliament to debate on recognition of Somaliland