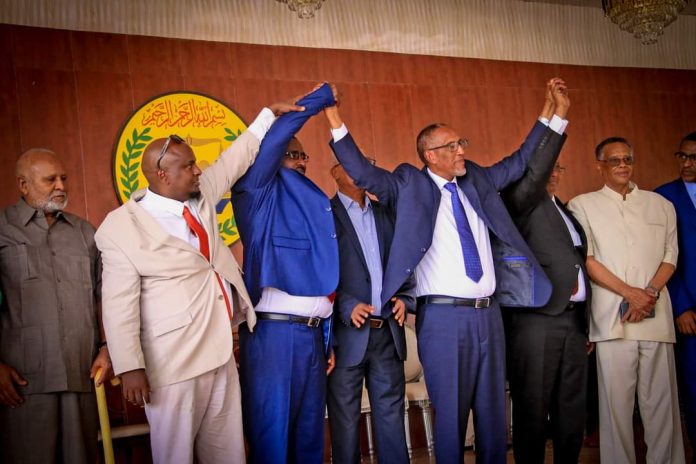 Somaliland is a symbol of promising and successful democracy for the past 20 years. Which held on seven one-person, one-vote elections. So, this article focuses on 2021 combined elections ( House of Representative and local government ) which were awaited elections for so long.
It is noteworthy that the Somaliland government had paid more than 75% of the total electoral budget. which at different times of previous elections paid by donors. These elections at the same time had political and economical burdens to the government as well as time constraints on electoral institutions, particularly NEC ( Somaliland National Electoral Commission).
The government has invested heavily in holding credible elections that attract the attention of the international community and Somaliland’s close allies that support them in the area of politics, the economy as well as the pursuit of global recognition.
On the other hand, the Somaliland government had explicitly demonstrated its financial capacity to conduct combined elections by financing multi-million dollars from state treasure.
Unlike the government, Opposition parties firmly expressed political maturity, determination, compromise so as to be held free and fair elections. They also come up with robust parties preparations in order to win and secure a majority of competing seats from both tiers.
May 31, Elections promptly signify the level of democracy that Somaliland relished for past decades and surely, it has already set a good example for the countries in the Horn, in which holding free and fair elections are in doubt if not existed.
Right after preliminary results were announced by NEC, political parties gained seats like the ruling party ( Kulmiye ) won 30 seats, whereas opposition parties collectively won 52 seats ( waddani 31 and Ucid 21) in total of 82 members in the house of representatives.
Opposition parties officially released a joint statement about their alliance so as to conquer majority seats of the house of representatives and as well as major cities mayors and vice mayors.

As a result of their political alliance, opposition parties had won five ( 5) out of seven (7) major districts of Somaliland. Besides, there was strong and unprecedented competition and political rivalry between the ruling party and opposition alliance in order to win the speaker and deputies of the house of representatives.
Prior to the first session to elect new speakers and deputies, competing parties make massive lobbying to attract new MPs for the other party. President Bihi has issued that, July, 3rd new elected members take their oath and elect speaker and deputies of the house at the same time by exercising his constitutional rights.
Under publicly televised session, Abdirisak khalif Ahmed from the opposition alliance won 42 votes, while Yasin Mohamoud Hiir ( faraton ) from the ruling party collected 39 votes. As Somaliland was known, competing sides openly congratulated the newly elected speakers and their deputies with no political grudge, condemnation and denial from the government as well.
in fact, this election has led to landslide victory for opposition parties with the largest number of seats. it is crystal clear, results of these elections will probably pave the way new, democratic, transparent parliament unlike the late parliament that had overstayed and their effectiveness were under –question for the most of population.
As soon as the speaker’s hand was over, President Muse Bihi Abdi has welcomed the changes in the member’s opposition-led councils and expressed his willingness to work closely with newly elected members, speakers and deputies. As the national interest is always served.

Therefore, in the occurrence of these elections, Somaliland has earned praise, respect and boosted its diplomatic relations with foreign states as well.

Horndiplomat reserves the right to edit articles before publication. Please include your full name, relevant personal information and political affiliations.