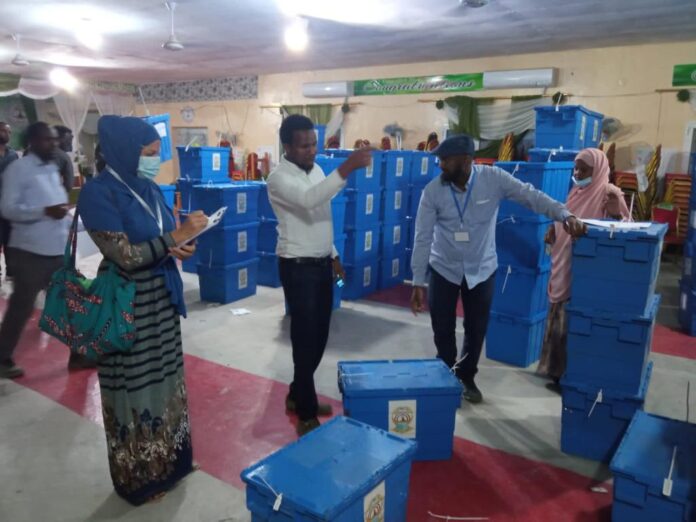 Ahead of Somaliland’s elections on 31 May 2021, an independent team of 12 international observers is concluding its examination of the campaign and preparing for election day itself

These elections mark an important moment for democracy in Somaliland: after significant delays to both polls, this is the first time that national and local elections have been combined. Short term observers from Egypt, Ethiopia, France, Germany, New Zealand, South Africa, UK, US and Zambia have been observing the campaign and electoral preparations in the week leading up to the election. They will observe voting, counting and tabulation of results in locations across Somaliland including Hargeisa, Berbera, Burao and Borama.

The LIEOM will continue to observe the electoral process, including the tabulation and publication of results, and any potential dispute resolution processes. The LIEOM will publish a report and recommendations for future elections approximately four months after the election.

The final report of the LIEOM will focus on the mission’s wider analytical role beyond observation of election day. As examples, part of the LIEOM’s mandate is to assess Somaliland’s new General Law for National Elections and Voters’ Registration and its implementation. Other aspects to be covered include the media landscape, inclusivity for women, minorities and persons with disabilities, and the role played by civil society.

“As the first election to combine two polls for both the House of Representatives and local councils, this opportunity to choose representatives, coming so long after the expiry of the previous terms is very important for Somalilanders. As a mission, we have observers in key locations around Somaliland, observing campaigning and, very soon, voting, counting and tabulation of results. As an independent, UK-funded mission, with observers and analysts from four continents, we will continue to work independently of other bodies, looking at the legal regulations, electoral procedures and their implementation. We are interested in the process, but not in the electoral results, which are for the voters to decide.”