By: XINHUA
UN Secretary-General Antonio Guterres on Thursday welcomed the agreement reached by the Somali federal government and federal member states leaders on the implementation of the Sept. 17, 2020 electoral model as an outcome of the summit convened by Prime Minister Mohamed Roble.

Guterres urged all stakeholders to swiftly implement the new agreement as a critical step toward the holding of a consensual and transparent electoral process without further delays, said Stephane Dujarric, the secretary-general’s spokesman, in a statement.

Guterres reiterated the importance of dialogue and consensus to resolve any issues that may arise during the implementation of the new agreement. He called for the swift establishment of credible election management bodies at the federal and state levels to conduct the process.

The secretary-general reiterated the commitment of the United Nations to support the people and government of Somalia in the implementation of the Sept. 17 electoral model and the holding of a timely electoral process, said the statement.

Under the Sept. 17, 2020 agreement between the federal government and five leaders of the federal member states, verified clan elders would elect a parliament, which would then elect a president. The parliamentary elections were scheduled for Dec. 1, 2020, but were delayed.

A political crisis emerged after the presidential term of office expired on Feb. 8, 2021. Somalia’s lower house of parliament passed a bill on April 12 to extend the terms of the executive and legislative arms of the federal government by two years, deepening the political crisis that later erupted into fighting between government forces and those backing the opposition. The lower house voted on May 1 to annul the April 12 bill and to return to the Sept. 17, 2020 model. 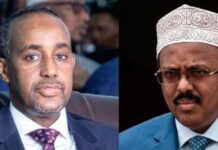 Op-Ed: Somalia is between Farmajo’s Way or the Highway 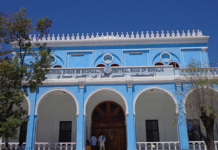 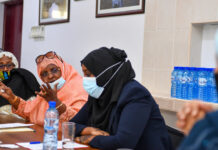